Air Cargo News, one of the largest international cargo agencies, held its annual award ceremony in London on Friday. Based on the expert panel’s decision, Budapest Airport has received this year’s accolade, dubbed the Oscars of the aviation industry, in the “Cargo Hub of the Year” category, finishing ahead of Singapore and Brussels Airports, among others.

Budapest Airport Cargo received huge recognition at the prestigious Air Cargo News Awards 2022, as the Hungarian capital airport won the Cargo Hub of the Year award. The significance of the accolade is further increased by the fact that Budapest Airport finished ahead of such major hubs handling millions of tons of cargo per year as the Brussels Airport Company, Singapore’s Changi Airport Group and Liege Airport. The award was decided based on an assessment by a panel of renowned experts.

József Kossuth, head of cargo for Budapest Airport, said about the award:

“One of the pillars of our development is our excellent infrastructure. Located in the heart of the Central and Eastern European region, Budapest Airport offers excellent aerial and ground connections to major European cities. But this opportunity would be worth nothing without our outstanding cargo connectivity and fantastic cargo community. Therefore, this award is not only for us, but for all actors who play a key role in shaping the cargo ecosystem in Budapest: authorities, logistics companies, freight forwarders, ground handlers, airlines, logistics associations. We can celebrate our collective success with this international recognition.”

In 2020, Budapest Airport inaugurated its air cargo handling complex, the BUD Cargo City, a 50 million EUR investment with the long-term goal of becoming the number one hub for the entire Central and Eastern European region. Since opening the hub, Budapest Airport had another record year in 2021, and, as opposed to global trends, cargo traffic at Budapest remains stable in 2022 as well. From January to August, volumes increased by 47% compared to the same period in 2019 and there is a 9.4% increase in volumes compared to the same period last year, while the cargo volume decreased by 9% registered on a global scale.

“The decision to build the BUD Cargo City proved to be a timely one. It was not only the strongest bastion of air cargo handling during the coronavirus pandemic, but also gave us a huge competitive advantage in the period afterwards,” emphasized René Droese, chief development officer for Budapest Airport. He added: “Our cargo hub is now registering record volumes and leads the way in cargo growth in the CEE region. We are a secure point of reference for the supply chain and therefore, for all economic players in Hungary, not to mention the more than twelve thousand people who work in the air cargo industry. On behalf of the cargo team at Budapest Airport, I would like to thank our air cargo partners and Air Cargo News for this great recognition.”

As part of its development program, Budapest Airport started the expansion of the BUD Cargo City in September 2022. Due to the increase in cargo volume and in order to efficiently handle larger capacity aircraft, the apron adjoining the complex will be expanded, allowing the airport to handle up to four category F cargo aircraft simultaneously, instead of the current two. In addition, the capacity of the cargo handling building is planned to be expanded; Budapest Airport would like to construct an additional 6500 m² of warehouses, offices and other service facilities. 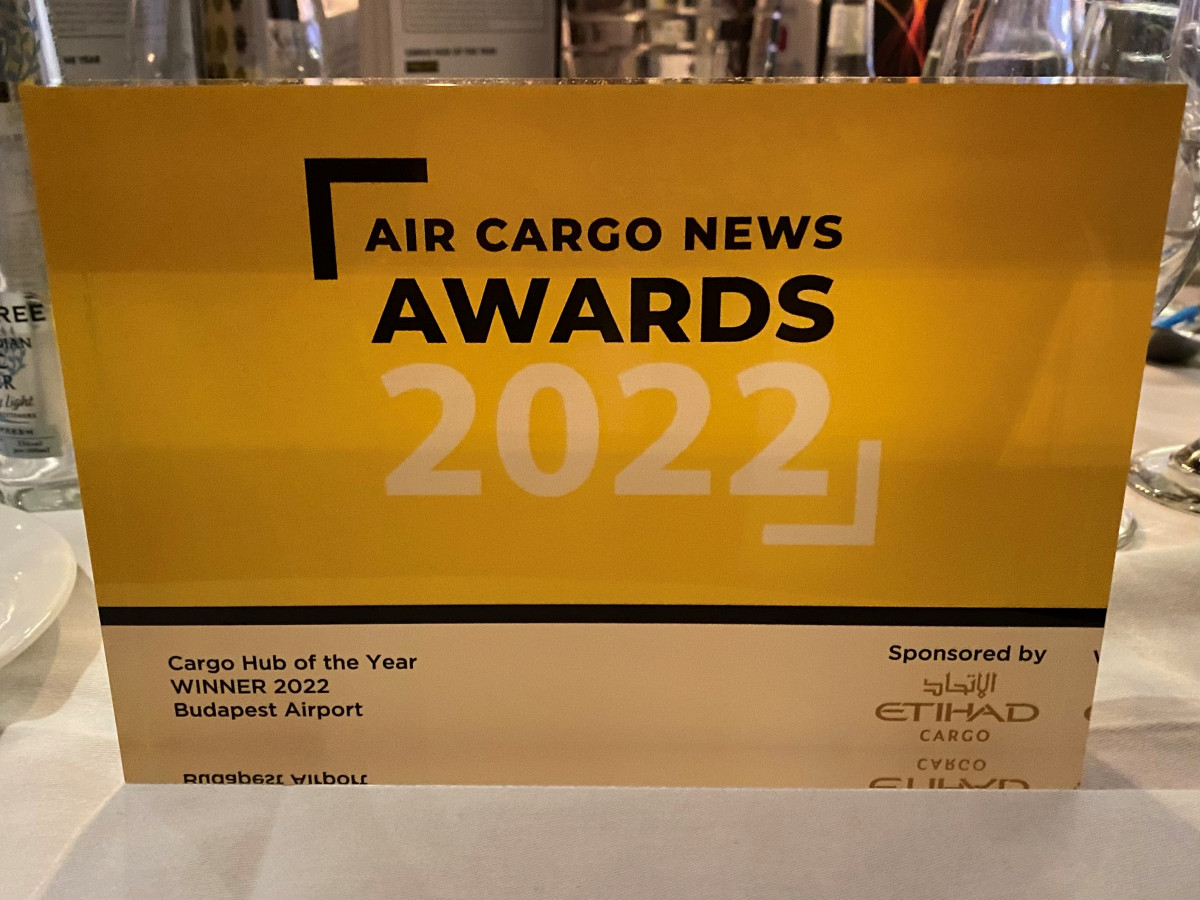