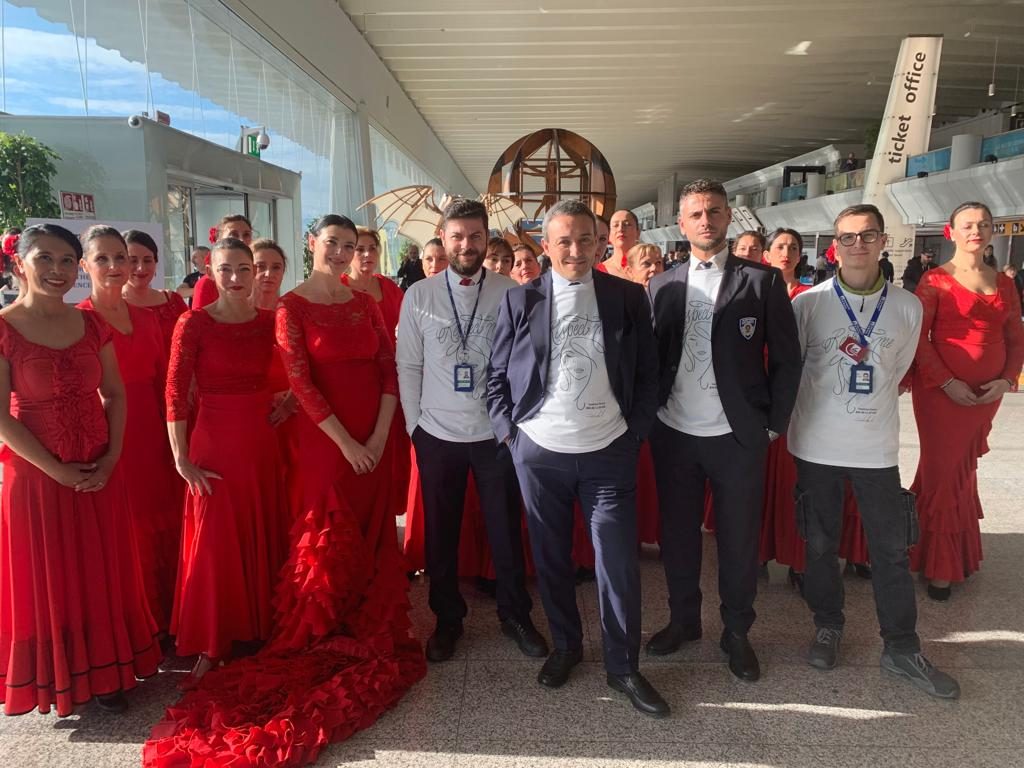 The initiative, conceived by the management company Aeroporti di Roma, saw the participation of twenty dancers from the Studio Flamenco Roma, dressed in red and directed by teacher and choreographer Lorena Salis. This took place in the departure hall of terminal 3 where they gave their performance of Mujeres, flamenco against violence against women, to thunderous applause from hundreds of passengers who were armed with tablets and smartphones in order to record them.

Established for the first time in 1999 by the United Nations General Assembly, the International Day for the Elimination of Violence against Women has since then represented the most important moment of the year to speak, inform and raise awareness of this serious problem that concerns every country in the world.

In conjunction with the flamenco exhibition, airport workers wore t-shirts bearing the writing “Respect me” in support of Associazione Libera…Mente Donna ets, an organisation that, since 1998, has been actively involved in the implementation of a cultural, educational and informative project aimed primarily at women and that from 2014 has managed several women’s crisis centres, spaces for the reception, support and hospitality of victims of domestic violence.

“With this moving flash mob that has touched everyone’s hearts and attracted the attention of many passengers, the management company Aeroporti di Roma,” commented CEO Ugo de Carolis, who was also wearing his ‘Respect me’ t-shirt, “wanted to support a day that is nowadays celebrated around the world. The message that I would like to share is that we should not only be aware of this sensitive issue on the 25th November, but every day of the year”.

In Italy, there are 88 female victims of violence every day, which is about one every 15 minutes. 36% are mistreated, 27% are stalked, 9% are sexually abused and 16% are beaten.