The Dutch aviation sector has presented Barbara Visser, demissionary Minister of Infrastructure and Water Management, with a roadmap to reduce fuel consumption of taxiing and CO2, nitrogen and (ultra fine) particulate matter significantly at Schiphol. This plan aims to make sustainable taxiing standard procedure at Schiphol by 2030 at the latest. The first step will be the deployment of two special aircraft towing vehicles for a follow-up pilot study at Schiphol mid-2022. If successful, this pilot will transition to a standard procedure, with aircraft taxiing sustainably to and from the Polderbaan runway.

During the sustainable taxiing process, aircraft are taken to and from the runway by a semi-robotic taxiing system and the plane’s engines remain turned off for a longer period of time. Radical modifications to infrastructure, processes and technology are required for this new way of taxiing. Many of these modifications are new to the aviation sector, and Schiphol is the first airport in the world that wants to introduce sustainable taxiing on a large scale. The roadmap offers a step-by-step plan for the timely implementation of these adjustments, based on the knowledge currently available.

Schiphol drafted the roadmap together with Air Traffic Control the Netherlands (LVNL), KLM, Transavia, Corendon Dutch Airlines and ground handling agents dnata and KLM Ground Services. Sustainable taxiing is part of the industry-wide Smart and Sustainable plan and the Sustainable Aviation Agreement between the Ministry of Infrastructure & Water Management and the aviation sector. It is also one of the ambitions in the Aviation Policy Memorandum of the Ministry. 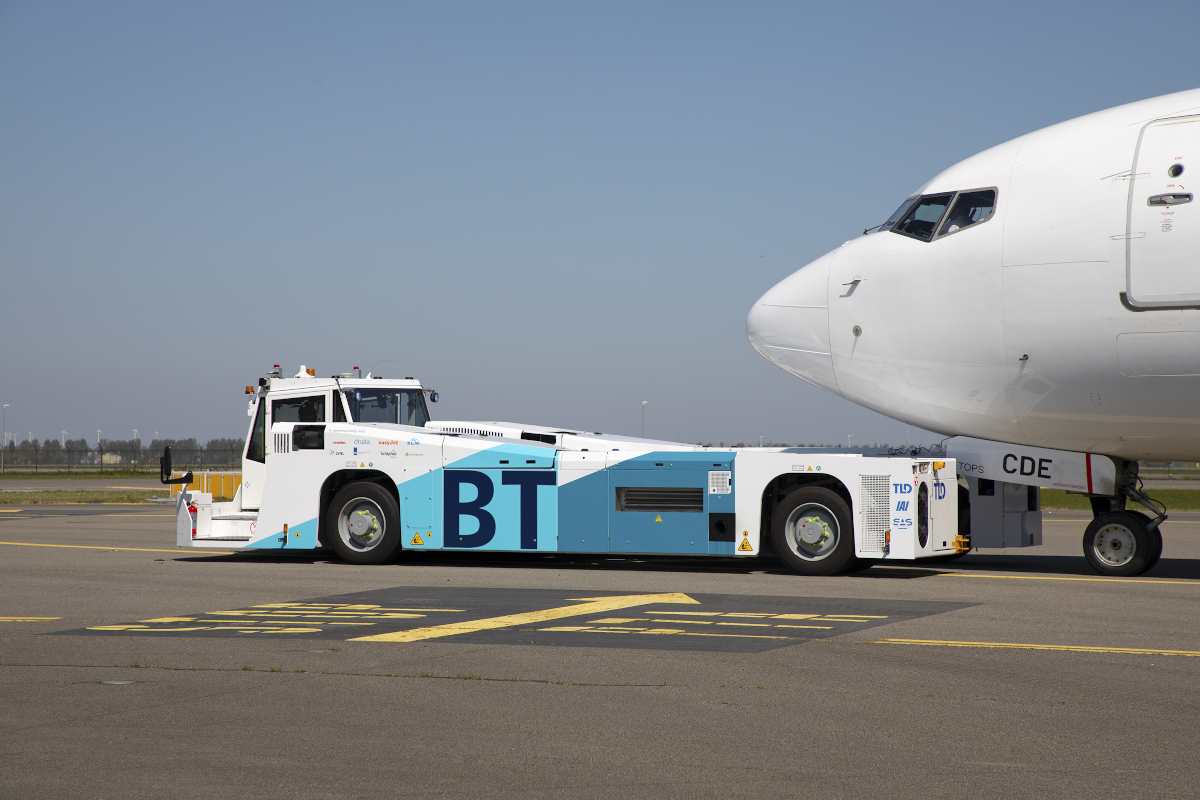 Starting with the Polderbaan
Mid-2022, two Smart Airport Systems towing vehicles called TaxiBot will be coming to Schiphol for a follow-up pilot study that will see several aircraft taxi to and from the Polderbaan sustainably. This is part of a European initiative – the ALBATROSS project – aimed at developing and demonstrating more sustainable flight operations for whole gate to gate scenarios, applying multiple adopted strategies and solutions to save fuel for each stage of a flight. Previous studies have shown that sustainable taxiing at Schiphol uses 50% less fuel and reduces CO2, nitrogen and (ultrafine) particulate matter. These fuel savings can reach up to 65% when taxiing to and from the Polderbaan Runway, due to the distance.

If the pilot phase is successful, it will become standard procedure and the number of aircraft that will taxi to and from the Polderbaan sustainably will gradually increase. In the years that follow, the number of aircraft that can be brought to and from the Polderbaan in this way will increase. And after four years, 18% of all flights are expected to taxi sustainably. The collaborating parties aim to gradually introduce sustainable taxiing on the other runways starting from 2025, so that it will be standard procedure at Schiphol by 2030.

Preparations underway
Modifications to infrastructure are already being made in order to make sustainable taxiing to and from the Polderbaan a structural possibility. These changes will be implemented before the follow-up pilot begins. One example is the markings on the asphalt that ensure aircraft stop in the right place so that they can be disconnected from the towing vehicle. Roads also need to be widened to enable the special vehicles to drive to and from the Polderbaan before and after taxiing has taken place without disrupting (taxiing) traffic. At the same time, suppliers of the special tow vehicle are working on an improved and zero-emission version, electric or with hydrogen. 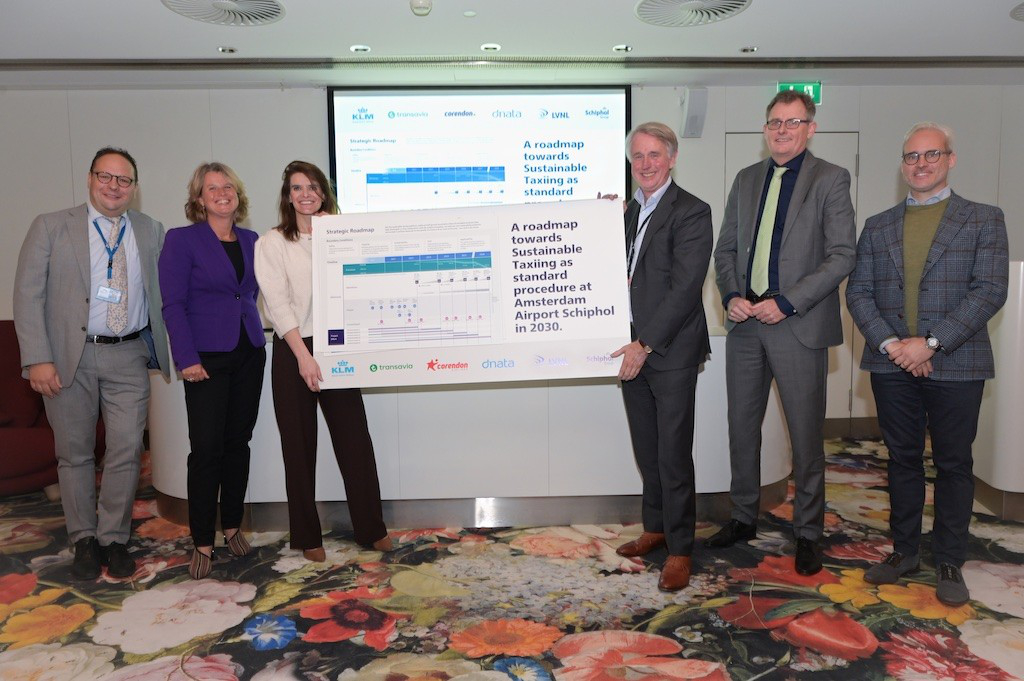