The Port Authority of New York and New Jersey have announced a world-class roster of regional, national, and global businesses that will be bringing their distinctive brands to the new Terminal A at Newark Liberty International Airport (EWR), which is in its final stages of development and expected to open later this year.

Notable New Jersey-based brands — including Jersey Mike’s, Smokehouse BBQ, Office Tavern & Grill, New Jersey Monthly, Playa Bowls, and W.B. Law Coffee — have signed agreements to operate in the new 1-million-square foot terminal. The Port Authority also has invested $3 million to build out retail space within the new Terminal A to accommodate the inclusion of local businesses from the cities of Elizabeth and Newark.

Nationally recognizable brands such as Starbucks, Shake Shack, Bluestone Lane, and Hugo Boss also have signed agreements to operate in the terminal.

“The Port Authority’s investment in the inclusion of locally owned and operated stores reflects the importance of New Jersey’s small businesses, which act as the backbone of our local economies,” said New Jersey Governor Phil Murphy. “Local businesses from Elizabeth and Newark, in addition to several quintessentially Jersey brands, represent the vast diversity of our state’s commercial sector. Overall, Terminal A will solidify our position as a hub for domestic and international travel, while providing a tremendous boost to our already burgeoning economy.”

“The new terminal will offer a combination of global and national brands as well as local concepts that create a real sense of place and pride in the state of New Jersey,” said Port Authority Chairman Kevin O’Toole. “We’re committed to delivering exceptional services and amenities to travelers while helping to support the local economy.”

“The Port Authority is committed to world-class quality and appeal but with an emphasis on local standout New Jersey food and retail brands,” said Port Authority Executive Director Rick Cotton. “This is a significant part of our vision of a world-class facility offering passengers the opportunity to sample local favorites and national brands.”

“We are proud of and excited about the new Terminal A’s commercial program, which is a key element in creating a world-class customer experience,” said Ralf Gaffal, CEO of Munich Airport International, the company that will operate the new terminal. “This terminal will offer a grand experience of the highest possible standard.”

“We are excited about the new Terminal A and the career opportunities and experiences it will offer to our residents and visitors,” said Newark Mayor Ras J. Baraka. “The inclusion of local small businesses in the terminal is vital and it is progress that we can all be proud of. I congratulate the Port Authority on ensuring that Newark Liberty International Airport continues to be among the world’s leaders.” 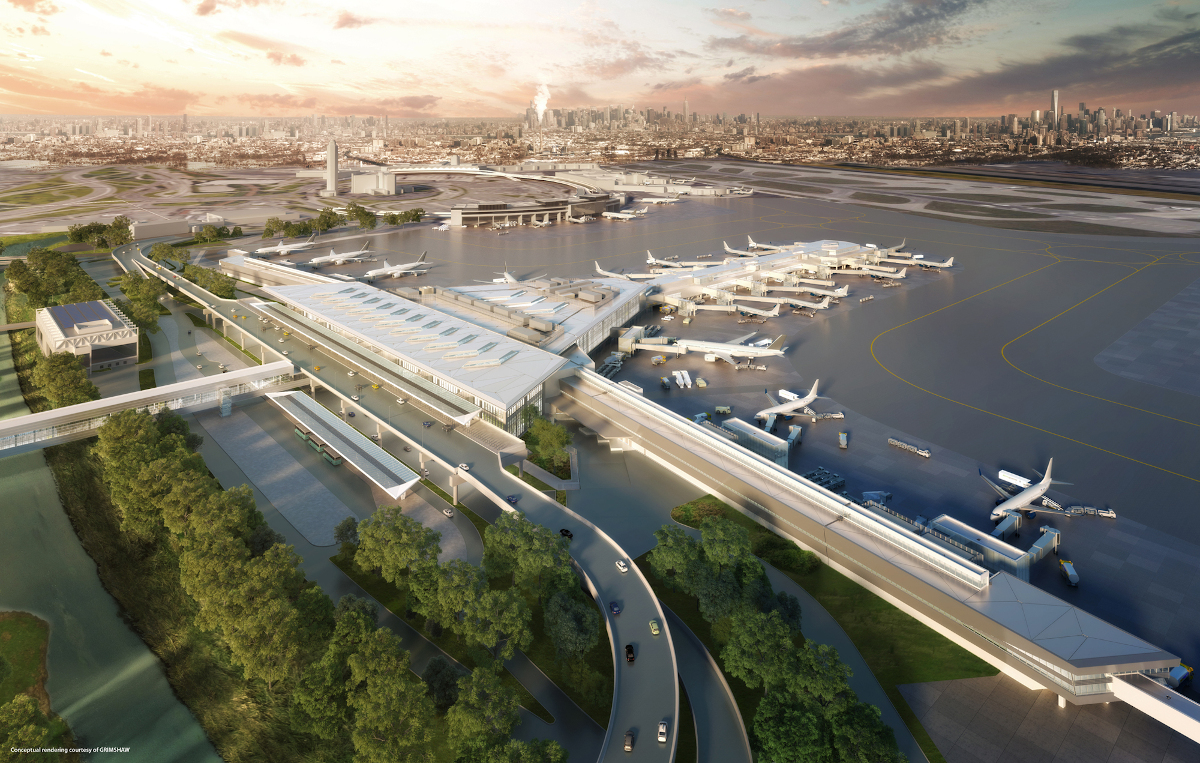 Once completed, the new terminal will be a modern, state-of-the art facility and will replace the existing Terminal A, which has outlived its useful time. The new terminal has a design capacity for approximately 14 million passengers annually and 33 common-use gates, providing generous space for a smooth journey through the building from curbside through check-in, security, gate hold rooms, and baggage claim.

The retail and food/beverage offerings will be tailored to the needs and requirements of domestic passengers. Connecting to the new Terminal A will be consolidated rent-a-car facility (ConRAC), which will accommodate numerous rental car agencies at one convenient location at the south end of the airport.

To accommodate future passenger growth at Newark Liberty, the Port Authority has also embarked on other major transformational capital projects, such as the construction of a $2.05-billion new AirTrain Newark system that will be a 2.5-mile elevated train system to replace one that has outlived its useful life.

The Port Authority of New York and New Jersey is a bi-state agency that builds, operates, and maintains many of the most important transportation and trade infrastructure assets in the country. For over a century, the agency’s network of aviation, ground, rail, and seaport facilities is among the busiest in the country, supports more than 550,000 regional jobs, and generates more than $23 billion in annual wages and $80 billion in annual economic activity. The Port Authority also owns and manages the 16-acre World Trade Center site, where the 1,776-foot-tall One World Trade Center is the tallest skyscraper in the Western Hemisphere. The Port Authority receives no tax revenue from either the states of New York or New Jersey or from the city of New York. The agency raises the necessary funds for the improvement, construction or acquisition of its facilities primarily on its own credit. For more information or for updates from the Now Arriving blog, please visit https://www.panynj.gov/blog.