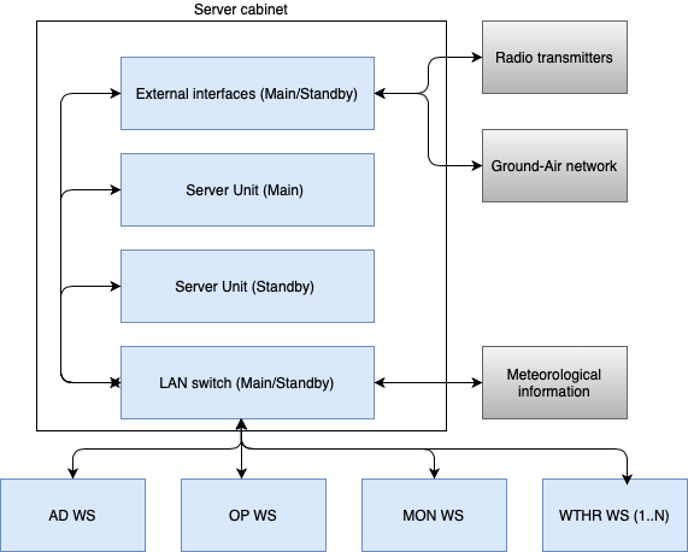 ANSART ATIS solution is reliable and cost-effective automated system which combines ATIS (D-ATIS) / VOLMET (D-VOLMET) functionality enabling ANSPs to provide arriving and departing aircraft with operational and meteorological information (actual weather conditions, aeronautical information and other relevant data for landing and take-off; current and predicted weather conditions for other airports) in the terminal area both via a voice broadcast information service and datalink.

Our solution implements the principle of “hot backup” servers providing uninterrupted operation even under emergency situations and can significantly reduce the controller workload and the load of the command radio links between pilots and air traffic controllers.

The System was developed in accordance with all spectrum of requirements of the International and European Standards, Regulations, Specifications and Guidelines as a complete solution for ATIS and VOLMET broadcasts.

The system uses a star configuration with the servers being the core of the system.

The servers, as well as all other subsystems and communication links include two independent sets to ensure the system reliability and fault tolerance.

The servers, the displays for graphic presentation of weather information and the operator workstations are interconnected on a dual LAN.

The servers in each set continuously monitor each other’s state. While one of the servers in a pair acts as the main one and performs broadcasting, the other one runs in hot backup mode ready to automatically take over and start broadcasting in case of failure of the first server.

The automated workstations of the system are universal and can be combined. The functionality of the workstation is determined by the needs of each user. 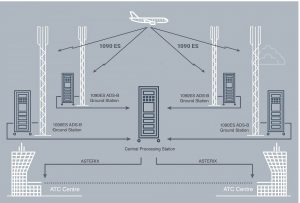 Purpose Multilateration and ADS-B Ground Surveillance System is a scalable versatile cooperative surveillance solution intended for various applications. Depending on the configuration, the system can be used as: Source of ADS-B/WAM/MLAT surveillance data for Air Traffic Management …
View Product
Make Enquiry 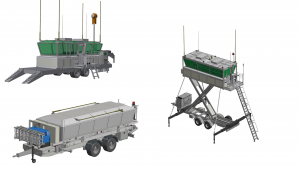 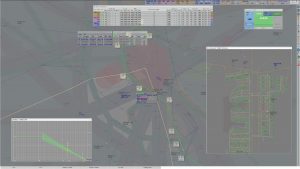 Ansart ATC is an all-in-one scalable product designed to observe, control and manage air/ground traffic in the interest of involved stakeholders with required level of automation, tailored exactly to the Customer needs from privet people …
View Product
Make Enquiry 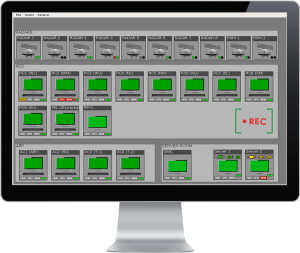 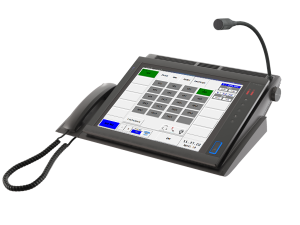