Blastrac was in The Netherlands with its 4006HT Ultra High Pressure Equipment!

Blastrac recently carried out a project which entailed the removal of lines on a former airport in the Netherlands. Indeed, the Soesterberg Air Base also called Camp New Amsterdam, which is located South of Amsterdam had to remove old markings on its runways. This airbase had been used as a military air base from 1913 by the Dutch army and was used by the United States Air Force during the cold war. It was the first major military airbase in the Netherlands. Flying officially ended on 12 November 2008 and since then, it became a museum: the Military Aviation Museum. 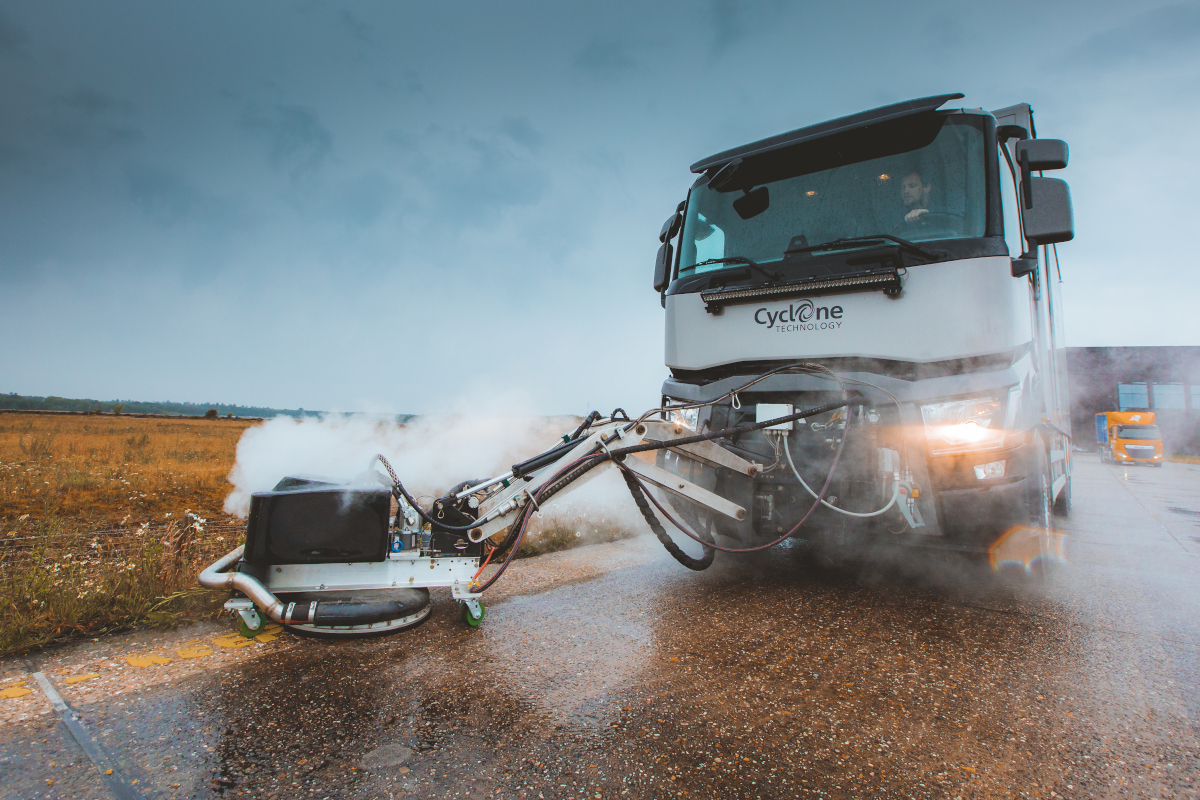 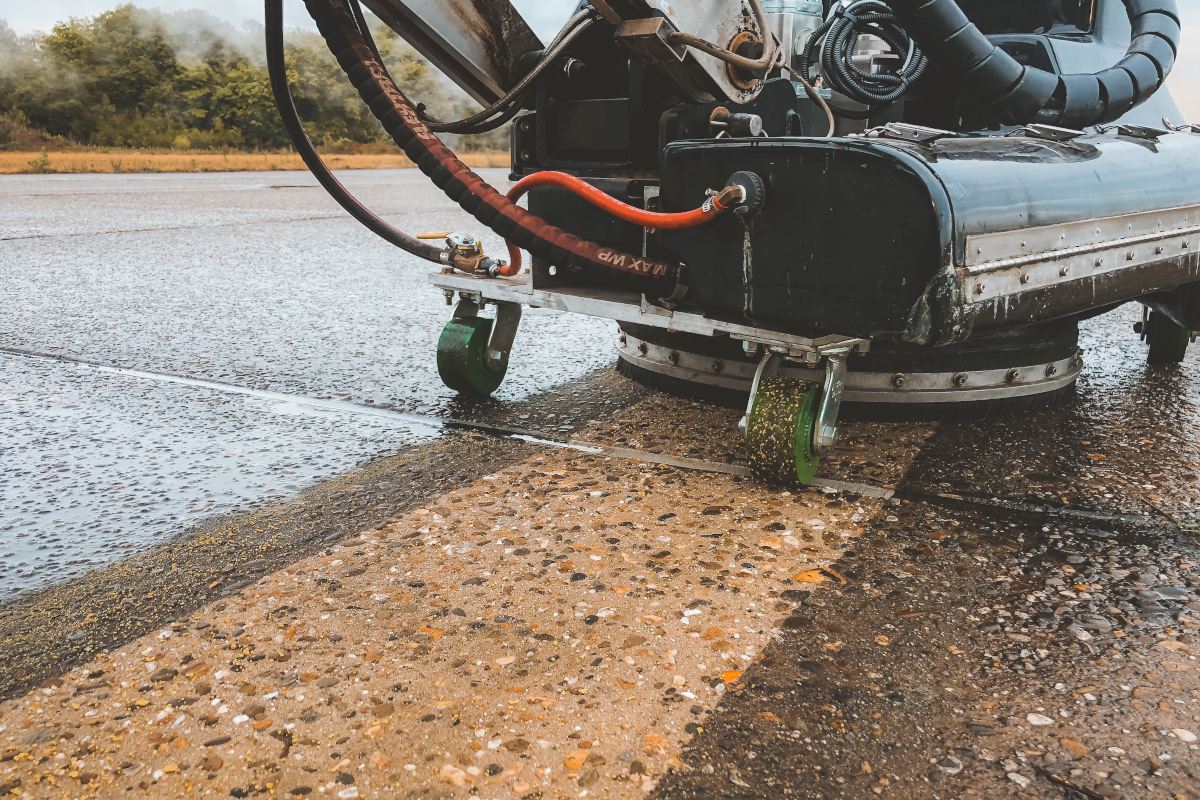 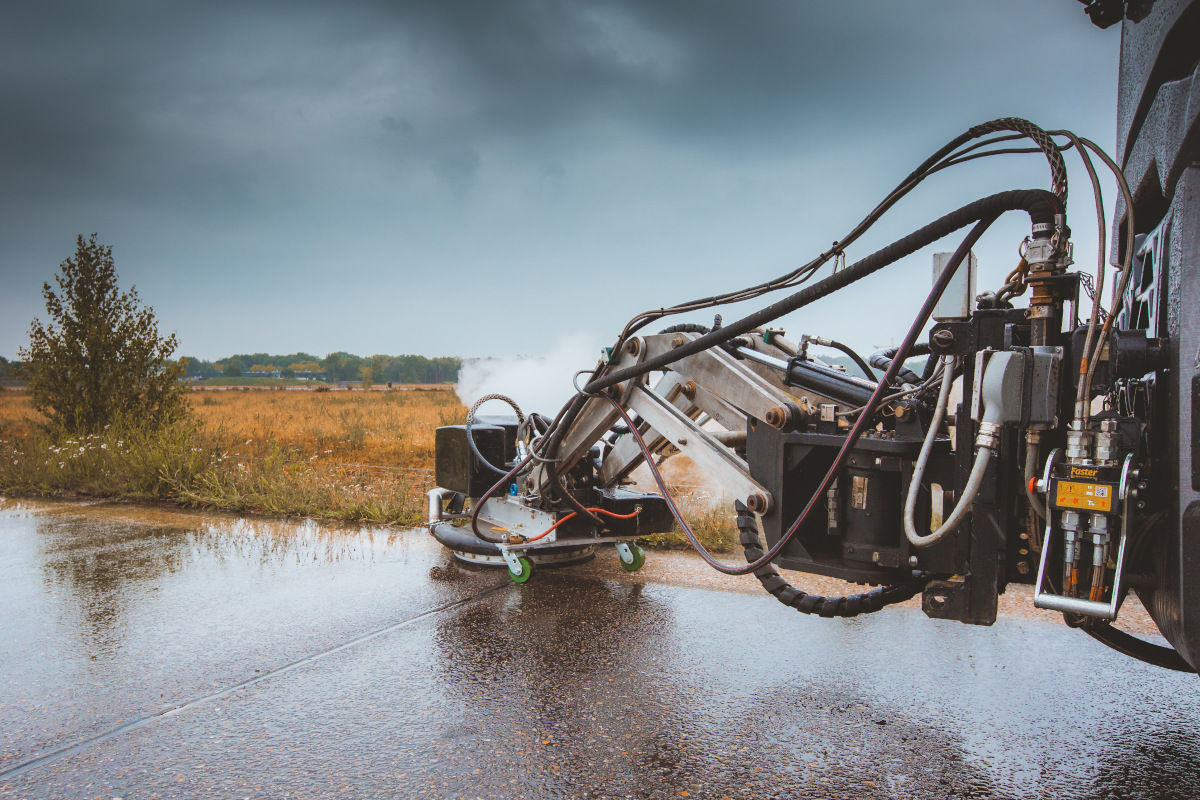 The objective was to remove 2-component line markings. This paint is normally hard to remove with a traditional method because of its properties and thickness. However our Cyclone 4006HT could easily achieve the desired result. In total, there were 600 linear meters of marking lines to be removed. Our customer selected the water blasting technique instead of scarifying. The main advantage of the ultra-high pressure equipment compared to scarifying is that there is no underground deterioration.

Our UHP water blasting system blasts the surface with ultra-high pressure water (from 413 bars up to 2.758 bars), removing markings from the surface. The paint removal head comes with an adjustable cleaning path from 15 to 41 cm in order to be able to remove any markings. The Cyclone 4006HT removes markings in a very efficient way without damaging the pavement or asphalt. It doesn’t create any dust and leaves a clean surface. In addition, it avoids exposing any chemicals into the environment. 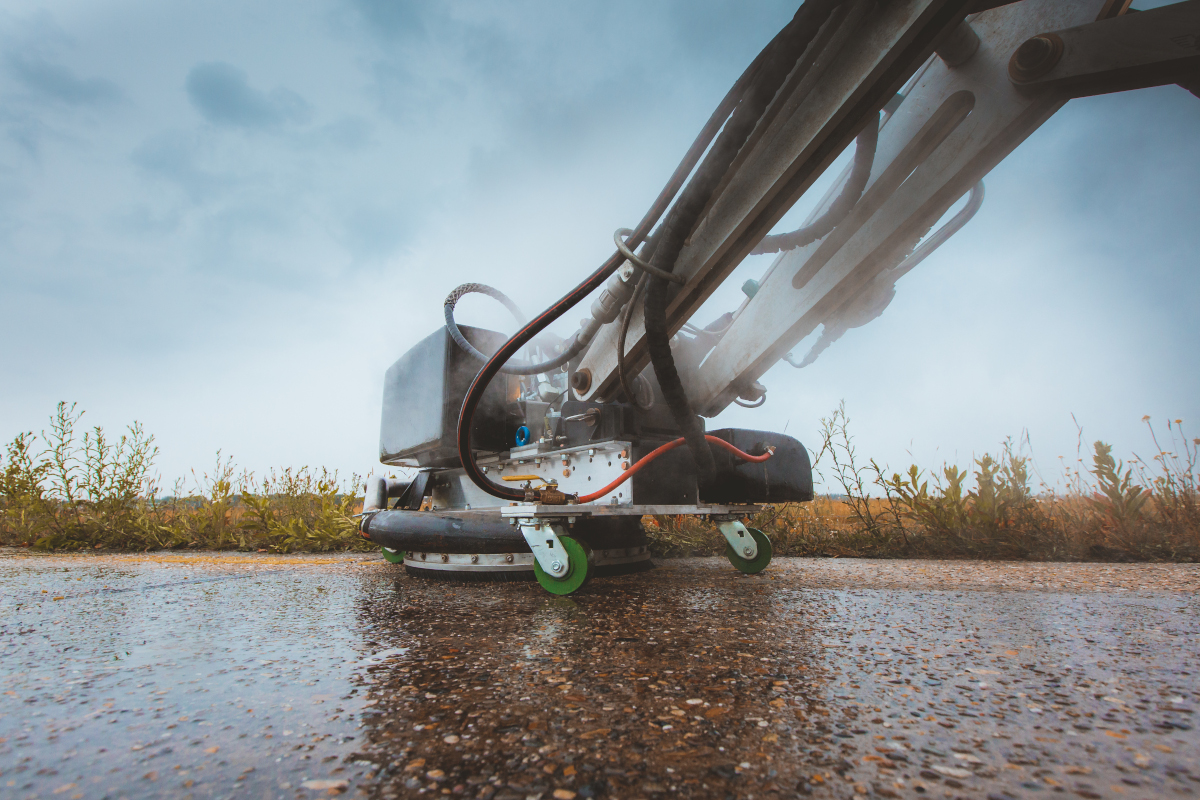 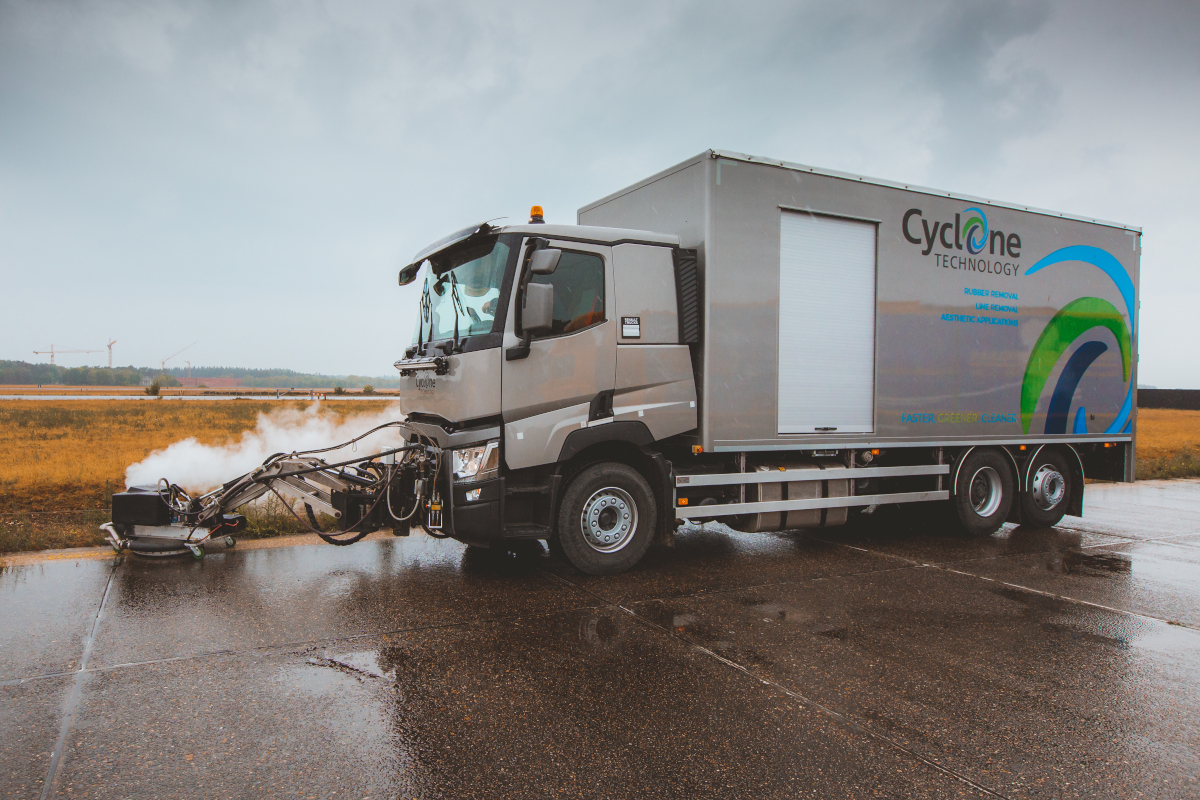 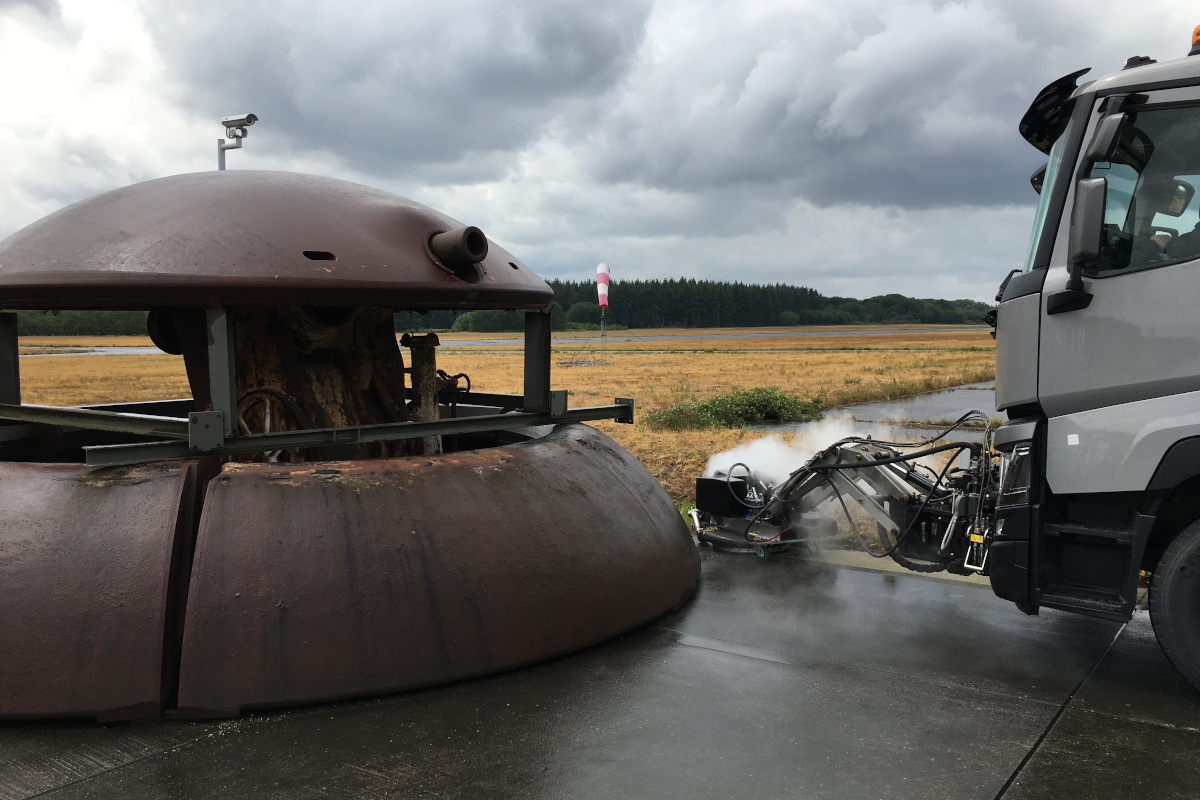