Berlin Brandenburg Willy Brandt Airport (BER) celebrated the first anniversary of its opening in October. Right from the start, the airport systems from PSI Logistics GmbH ensured stable and efficient processes with the control and monitoring of the baggage conveyor and sorting system, incorporating the methods and procedures of artificial intelligence (AI). 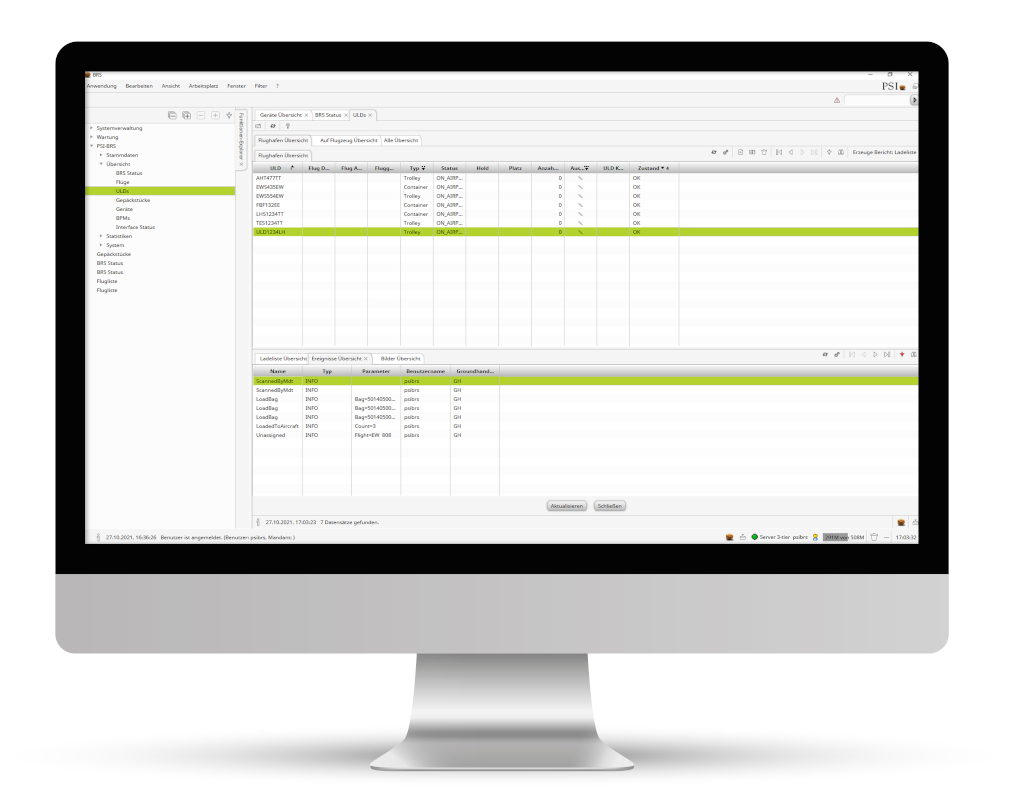 With a holistic IT infrastructure for the baggage conveyor and sorting system as well as for the provision of flight information on the display systems in the baggage handling area at Terminal 1, the BER operating company relies on the airport solutions from the PSI Logistics Suite. After successfully passing a stress test in 2012, these solutions have played an essential role in reliable airport operations since the opening in 2020.

In addition, PSI has installed the complete hardware, including a redundantly designed database and a master computer. The Baggage Handling System PSIairport/BHS controls the baggage conveyor and sorting system. The monitoring and coordination of the processes is carried out via cameras at the baggage systems and at the novel CCTV system (Closed Circuit Television). The AI-based surveillance camera system enables seamless documentation and tracking of the baggage.

As only Terminal 1, out of three terminals, is currently open due to the pandemic, the ground handling service providers at the baggage carousels and stub belts in the baggage area are informed via PSI’s Flight Information Display System. The control and documentation of the process sequences for baggage handling in ground traffic, between the airport building and the apron, is handled by the Baggage Reconciliation System PSIairport/BRS. All systems are designed for a total capacity of up to 43 million passengers.

The PSI Group develops its own software products for optimizing the flow of energy and materials for utilities (energy grids, energy trading, public transport) and industry (metals production, automotive, mechanical engineering, logistics). The industry-specific products, which are built from standard components, are sold both directly and via the multi-cloud PSI App Store and can also be customized by customers and partners themselves. PSI was founded in 1969 and employs nearly 2,200 people worldwide.www.psi.de