At the Old Town Square, the City of Prague relies on video security from Dallmeier

Providing security for an area of more than 50,000 square metres – Wenceslas Square and Old Town Square in Prague: The Panomera® multifocal sensor system from Dallmeier watches over the goings-on – The Prague city administration together with the Criminal Investigation Department also relies on security technology from Germany-based Dallmeier in Prague’s Wenceslas Square, one of the largest city squares in Europe with an area of 45,000 square metres, and the Old Town Square.

Wenceslas Square and Old Town Square in Prague are both steeped in history, and now as ever before remaining important hubs for tourism and traffic. To ensure the safety of the streams of people and vehicles in these places, when it comes to security equipment the Prague city administration relies on a combination of conventional cameras and a solution from the Regensburg company Dallmeier.

From horse market to commercial thoroughfare
Wenceslas Square in Prague was created in the 14th century and originally served as a horse market, as was reflected in its name. It was renamed “Wenceslas Square” in 1848 in tribute to Saint Wenceslas of Bohemia. Since the 19th century, the function of the square has evolved from that of a place for trading horses to a busy commercial district. It is used by pedestrians, cyclists, motor vehicles and local public transport alike, and so constitutes a major confluence point in Prague’s New City. The city administration attaches great importance to ensuring that all these traffic elements can coexist in harmony, and to have a general overview of what is happening, the administration together with the police criminal investigation department rely on the sharp “eyes” of the Panomera®. 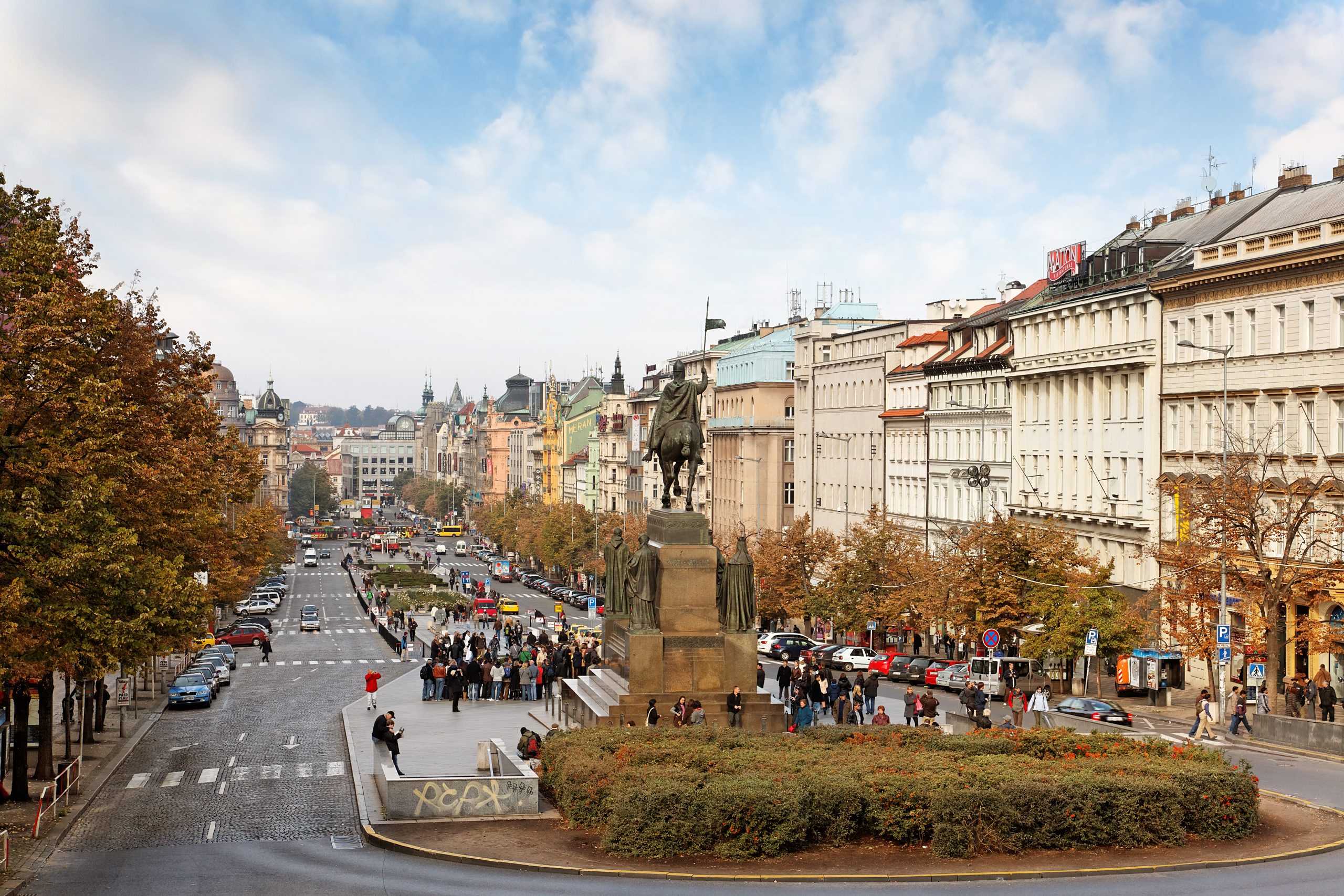 Tourist magnet Old Town Square
Panomera® also provides security in the 9000 square metre Prague Old Town Square. The Old Town Square is the historic heart of the city and attracts thousands of tourists every year with its atmosphere, sights, and markets. Its history dates to the 11th century, and it has always been a crossroads for commerce and a marketplace. Today it is a magnet for tourists and its borders abound with restaurants, museums, galleries, and shops. The astronomical clock on the tower of the Old Town Hall is one of the most well-known sights in Europe. 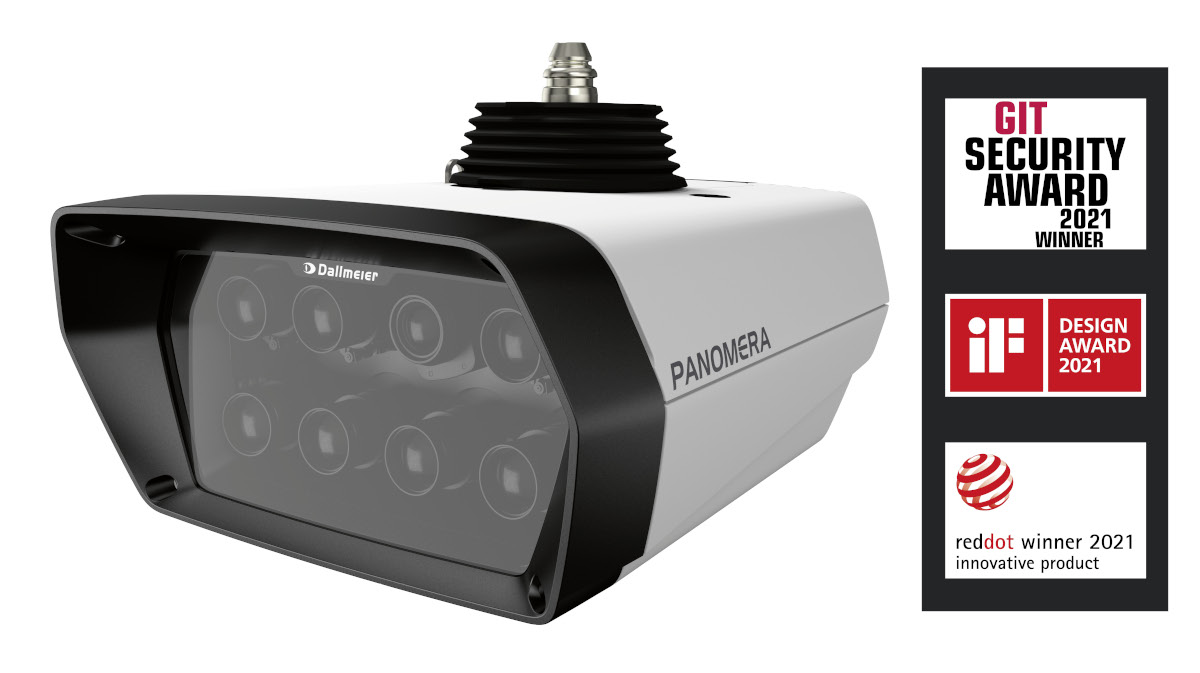 The patented multifocal sensor systems Panomera® from Dallmeier combine up to eight sensors of different focal lengths in one camera housing. The benefits correspond to the combination of a high-resolution megapixel camera with any number of “virtual” PTZ cameras (shown here: the current Panomera® product generation).

Advantages of Panomera® technology for monitoring an expanse of over 45,000 square metres
The solution for both Wenceslas Square and Old Town Square consists of Panomera® models from the Topline series. The Panomera® multifocal sensor system can provide coverage for vast expanses and areas. The advantage: The combination of general overview with highest possible resolution of details is very important, particularly for large squares, and with this camera technology more remote objects can also be displayed with the same resolution as objects in the image foreground. Several operators can zoom into the same image at the same time. Even then, the overall scene always remains in view and recording continues. Where previously several megapixel cameras would have been needed, the users’ workload has been reduced significantly, because fewer images must be captured. Infrastructure costs are also lower, since a single Panomera® captures a much larger area and fewer installation points are needed. For customers, this means savings not only in terms of infrastructure but also regarding operation and management, so total operating costs are reduced.

Planning that delivers – “What We Plan is What You Get”
In the project planning phase, the Dallmeier 3D specialist team consisting of engineers and graphic designers created a three-dimensional simulation of the customer’s environment. In the 3D model, the team simulated the real camera models and locations/installation sites, and thus also angles of vision and ranges. The completed 3D model was presented to the customer jointly with integration partner KH Servis in Prague and comprised the entire solution including the cameras and other essential components. The city administration and police authorities were delighted by this manner of project visualisation because this approach also allowed an accurate calculation of costs to be made, giving the customer certainty regarding the cost and scope of the project. 3D planning also guarantees that there are no surprises either on the technical or financial level during or after the installation. Dallmeier calls this approach “What we plan is what you get”. Besides the technical advantages delivered by Panomera®, the customers were also impressed by the planning certainty they were given by the 3D visualisation, and, at the end of 2017, Dallmeier won the order to put the project into practice.

Test run of live operation at the Dallmeier FAT Centre
Before it was installed, the planned solution underwent a Dallmeier Factory Acceptance Test at the FAT Centre in Regensburg. All components were assembled there, and the final environment was tested in live operation. While testing was proceeding in the FAT Centre, KH Servis was also attending training in Regensburg so they would be ready for the on-site installation and so they could see the system operating flawlessly for themselves.

Observation and intervention
With the installation of the multifocal sensor systems, the desire for increased security and more effective intervention capabilities was realised. The cameras are used to observe situations and when necessary, enable rapid countermeasures or also rapid investigation of incidents. In the event of criminal offences, the video material can be stored separately as evidence.

Special challenge: Protection of historic monuments
Both squares are bordered by buildings with historic monument status, the Panomera® cameras could not always be mounted where single sensor cameras had hung previously, enabling the “old” installation points to be used. Permission had to be obtained from the building owners before the cameras could be mounted, but this was managed successfully for all the new installation points.

Conclusion
The conclusion by KH Servis, Dallmeier’s integration partner in Prague: “We worked together with extreme professionalism, the city administration and police authorities were ultimately convinced, not only by the quality of the systems and the image material but also the impressive planning phase and planning certainty it gave them.”