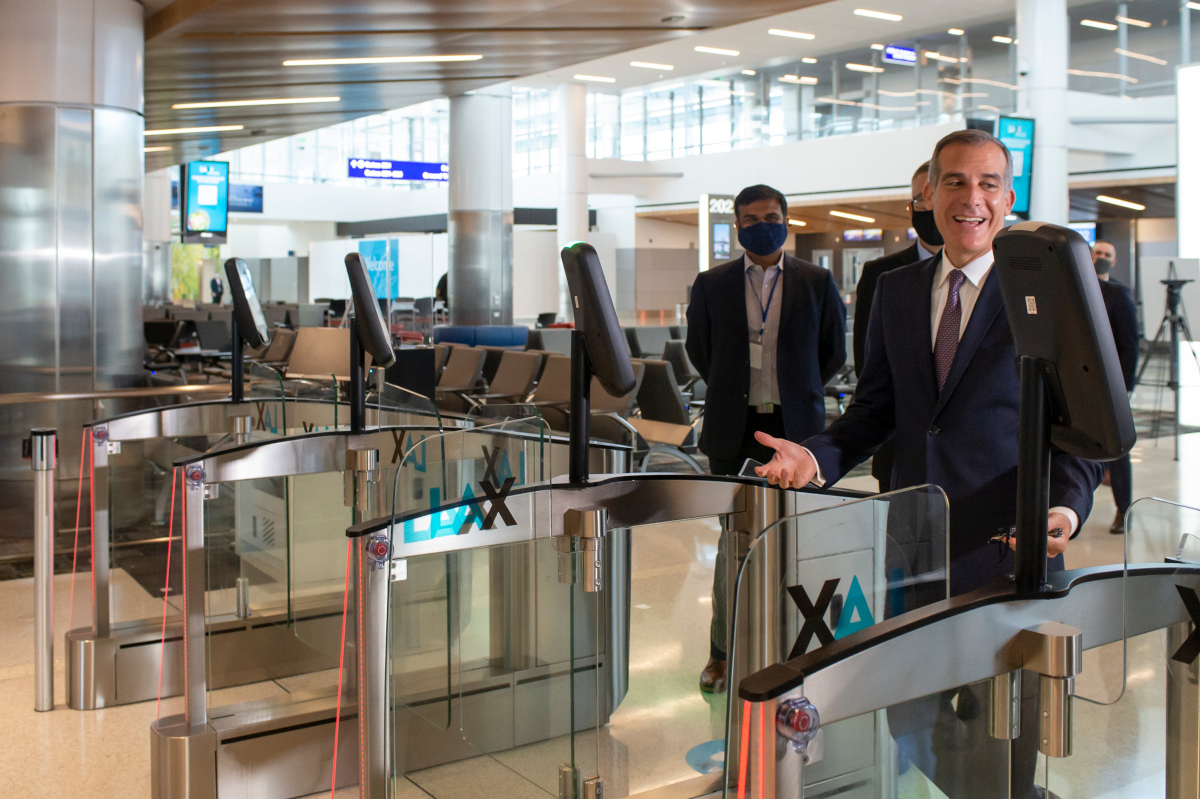 As part of the Los Angeles International Airport modernization plan, the management of Los Angeles World Airports (LAWA) and EASIER signed on November 7, 2019, a contract for the installation and operation of SkyLane automated biometric boarding, for a period of 3 years.

This technology, efficient and convenient for passengers, allows their boarding in one step without having to show a boarding pass or a passport.

Airlines, airport and EASIER do not keep any private passenger information and biometric matching is done by CBP in the cloud. U.S. citizens have the option of opting out of the facial image capture and may be processed by airline agents with a passport and boarding pass.

Latest generation boarding gates
The SkyLane is EASIER’s latest generation of automated doors for access control and boarding. Equipped with a secure entrance passage with swing doors and a patented unicity detection system, the SkyLane guarantees precise passenger tracking and a very high level of security by preventing unauthorized boarding.

Enabling continuous improvement of the airport passenger journey, EASIER has deployed 52 SkyLanes in the new Bradley West Gates and 24 SkyLanes in the existing gates at Tom Bradley International Terminal. Under the contract, a total of 128 SkyLanes will be deployed with possible expansions in other terminals.

“We are delighted to be supporting LAWA, U.S. Customs and more than 50 airlines in accomplishing their goal of helping passengers travel safely.” explains Ludovic Libeski, Managing Director of EASIER. “Faced with an unprecedented health crisis, EASIER teams have mobilized to successfully ensure this large-scale deployment at the largest O&D (Origin & Destination) airport in the United States and to improve the passenger experience.”

Major supplier of airport equipment
This large-scale project confirms EASIER’s position as a major player in intelligent equipment for airports and airlines. Thanks to its expertise and its wide range of solutions, EASIER improves the flow of passengers in airports around the world with more than 230,000 units of equipment in service.

– More than 30,000 access doors deployed for public transport, airports and airlines, with an average use of 90 million users per day