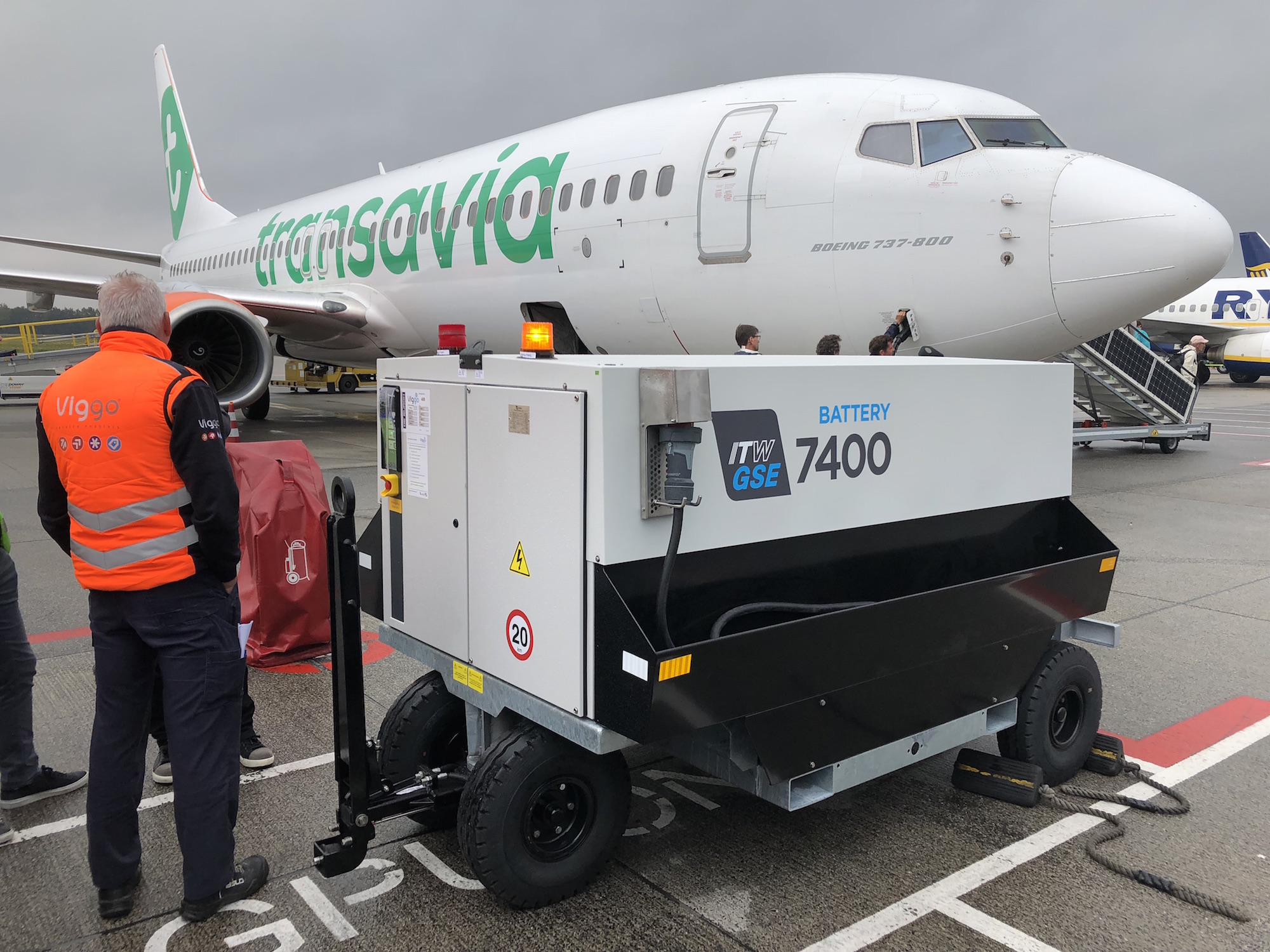 The ITW GSE 7400, the world’s first fully electric GPU, has been put into daily operation. This took place at Eindhoven Airport and made a dream materialize for all those who have worked hard to make this happen.

The eGPU is a result of the collaboration between Amsterdam Airport Schiphol, Nissan who delivered the battery packs and ITW GSE who delivered the solid-state converter and put it all together with subsequently Viggo Eindhoven Airport providing input on the functional specifications on how to use this GPU in daily operations. Months of design works, development and testing came through when the 7400 unit was connected to an aircraft and did its first succesful turn around on Tuesday 2. October.

This took place at Eindhoven Airport in the Netherlands in collaboration with Viggo Eindhoven Airport, where the 7400 eGPU supplied a 737-800 from Transavia with clean power. And according to Product Manager, Kim Koustrup Pedersen, it was not just a normal turn around. Kim wanted to see how the eGPU would cope in different scenarios and therefore asked the flight captain to switch on as many instruments as possible which the captain did. He even did an APU start up during the turn around and everything turned out to everybody’s full satisfaction, Kim reports. 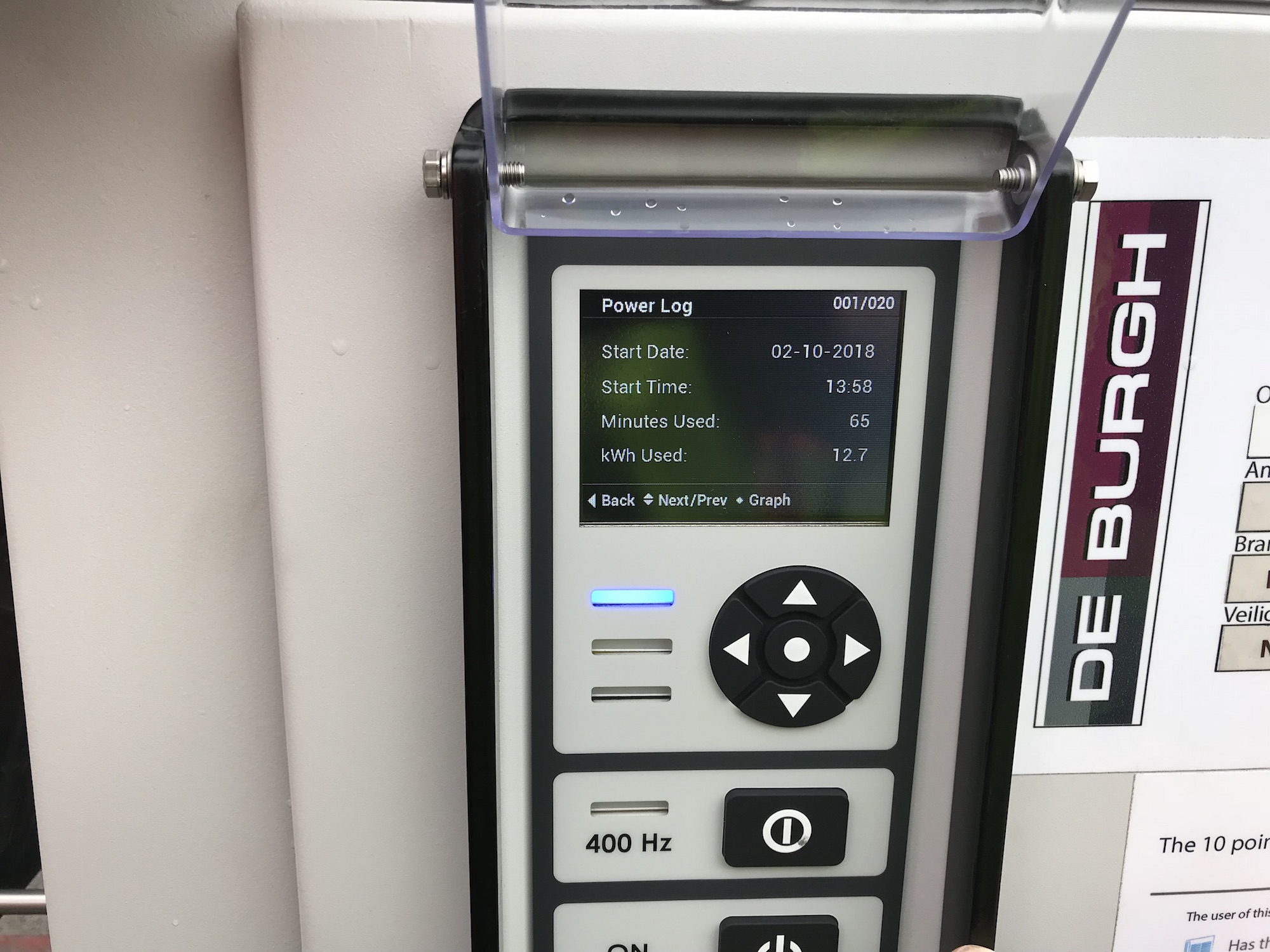 And what about the reaction of the staff members of Viggo? Those who are familiair to the exhaust fumes and the noise level from a diesel GPU – for them, the picture was as clean as the air: a big thumbs up! They were simply pleased with the silence and the cleaner surroundings.

What a satisfactory feeling to deliver a product that can fulfil its primary duties i.e. supplying an aircraft with power but that can also contribute to a better environment as it reduces the CO2 level by 90% and – although  you cannot see it – the NOx level by as much as 95% compared to a conventional diesel unit.
That’s indeed something to be be proud of.