The UK and USA have imposed a cabin luggage ban for passenger laptops, large phones, e-readers and tablets on passenger flights from several international airports. This ban is likely to be extended to include some European countries.

This means that electronic devices, larger than mobile cell phones will need to be checked in as they will not be permitted as cabin baggage. There is a concern from passengers that placing electronic items in checked in luggage could result in these fragile items being damaged or stolen whilst in the hold.

Airlines will need to provide a reliable and secure method to accommodate these fragile and costly items with a chain of custody and item tracking for passenger assurance as well as the safe and correct return of these items at the end destination.

TydenBrooks’ FlySafe bag has been designed to ensure the safe custody of electronic and personal items when handed over to ground crew at the point of boarding. The FlySafe security bag enables the safe custody and transport of these items and helps to streamline the handling of electronic items. The security bag is for one-time use and incorporates a tamper evident seal with a unique barcode and numbering. The passenger’s electronic items are placed inside the bag by the passenger and sealed, in the presence of security staff at the hand-over point. The FlySafe bag hence offers full traceability of the electronic items and peace of mind to passengers.

US flight ban:
Prohibits the following items, as detailed by The US Department of Homeland Security (DHS) – but they have said that this list is not exhaustive:
Laptops, Tablets, E-readers, Cameras, Portable DVD players, Game consoles larger than a smartphone, Travel printers and scanners 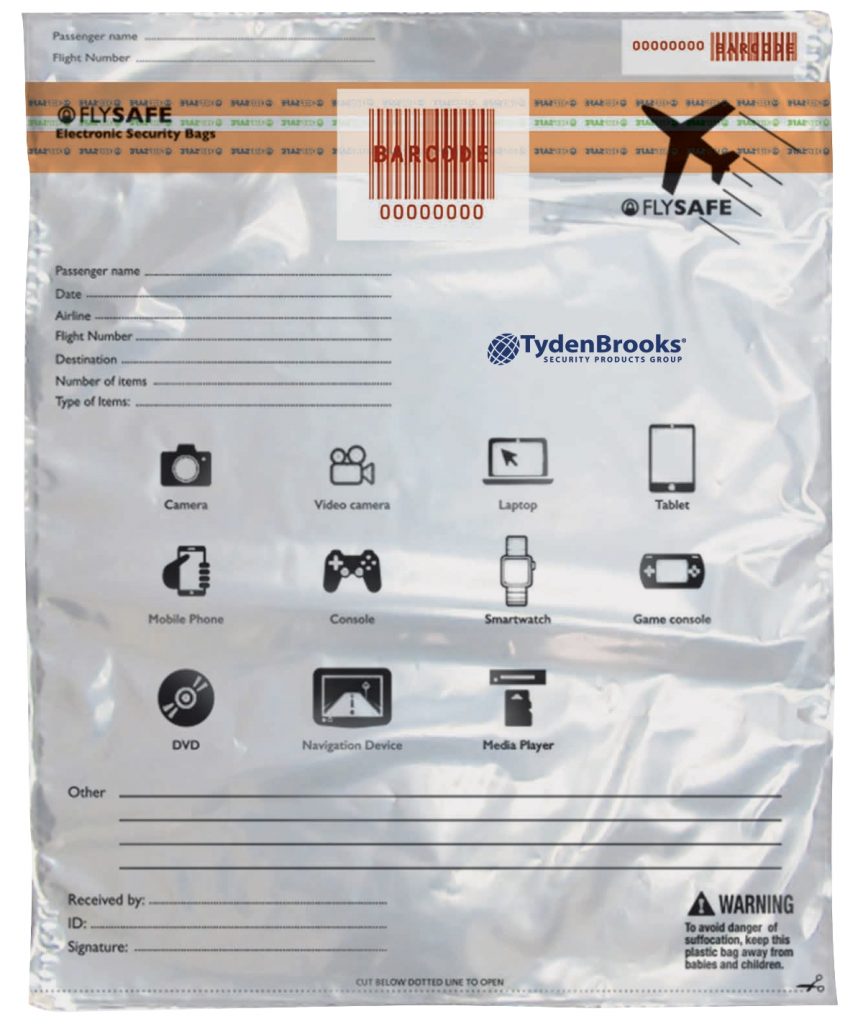