These are recent examples of FRANKD in action: 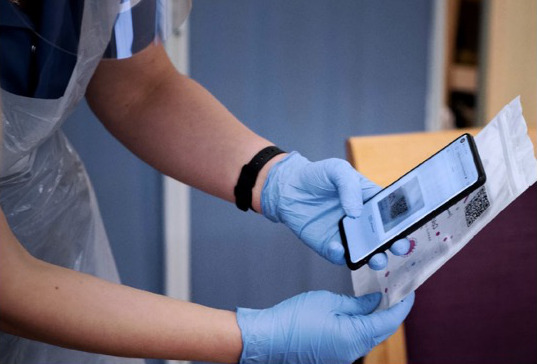 Heathrow Airport
FRANKD is one of three tests currently trialling at Heathrow Airport. The trial was designed to help Heathrow better understand how to deliver scalable, rapid point of care testing of employees & passengers. Heathrow CEO argues “Testing is the lifeline that the UK’s aviation sector needs to get back on its feet.”

Virgin Atlantic Crew Testing
FRANKD is testing Virgin Atlantic flight crews at LHR They are the first UK airline to introduce pre-flight Covid-19 to provide high levels of accuracy and confidence for our people and customers. This is the first step in our phased plan to introduce regular testing for all their teams in the air and on the ground, instilling confidence in flying.

‘Sleepless in Seattle’ & West End Theatres
FRANKD enabled the world premiere of “Sleepless,” a stage musical adaptation of an Oscar and BAFTA-nominated original screenplay. Daily testing for cast, musicians, crew and theatre staff during rehearsals and the show’s run. We are now creating a test hub in on the West End to support other theatre productions.

Background Of FRANKD and GeneMe