In the previous post, we discussed How to assess and report the runway in GRF. In GRF regulations, the inspector has to take into account several inputs when he/she is assessing the overall condition of the runway. Among the five different input channels in runway assessment that were described in the previous post, the friction measurement is the only objective measurement regarding the slipperiness of the runway. However, the measured friction values are not included into the RCAM table. The GRF states that measured friction should be used in a comparative way. In this post, we go into the most common contaminant combinations in the real life which are not included in RCAM table and the use of measured friction values as one assessment criteria when assessing runway condition in these situations. 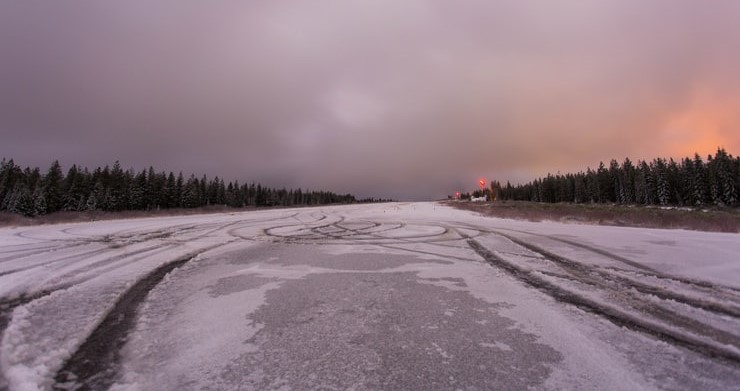 Based on our analysis of about 70.000 runway reports, there are cases where the pure RCAM selection can cause safety issue by giving higher runway condition code than the friction readings indicate. There are also many situations, where runway closure would occur based on RCAM but at the same time, friction tester is giving higher readings. This situation can generate unnecessary runway closures which are economically unwanted situations to the airport. This gives pressure for the inspector to down- or upgrade the RCAM value but the down- and upgrade should be based on total assessment. Here the friction tester comes valuable, as the inspector can look for all available information and can justify the down- or upgrade decision based on total assessment.

Safety and regularity in use of measured friction

By default, the RCAM table does not include a friction column. However, measured friction values are the only objective measured value from the runway surface. Thus, they are valuable information, specially in contaminant combination situations, when assessing the up- and downgrade of runway condition code. However, to be able to use friction as one assessment criteria or input channel, some basic issues should be taken care of before friction can be used:

To conclude, through respecting the above conditions, measured friction can safely be used as one assessment criteria when assessing runway condition. Friction values are valuable information specially when assessing upgrade or downgrade of runway condition code and also for relieving the stress of the inspector with the important job. The data collection is the key to success. The comparative way is a safe way to use friction tester when GRF becomes effective.

If not already done, check here if you have done all the necessary preparations for GRF. If you wish to have more information about our analysis or how to use friction tester properly, feel free to contact us.