Over the next few years, the digitization of vessels and fleets set the route for innovations in the shipping industry. This results in an ever-growing use of computer systems. But how can these newly required systems be stored and operated? And how can you provide maximum protection for these systems? That’s where KVM technology comes into play.

KVM systems have long been considered as standard equipment in classical IT applications. Now that more and more computer systems find their way into maritime applications, manufacturers G&D have devoted their developments to the specific requirements of this industry.

The devices of the German company have a reputation for being extremely robust and, thanks to their many features, ideal to be applied in typical control rooms. For several years, specific attention has been paid to the requirements in the maritime field. In addition to tests for the compliance with IEC 60945, this includes some of the new features that will be on display at this year’s SMM.

KVM systems are based on a simple principle: The units take the signals from the computer interfaces that are actually used to connect keyboard, mouse and display. From here, they distribute and amplify these signals to allow users to flexibly access their computers from everywhere.

Thus, computers can be stored in a central, access-protected equipment room, which leaves the crew more space on the bridge or in the control room. But users get even more advantages to operate these systems. For example, multiple computers can be operated from one workplace. Here, it is possible to either access only one system or a number of computers distributed on multiple displays or via MultiViewers. The special feature: It requires only one operating set to ensure perfect control.

For SMM, the IT specialist will present various novelties. From further improved CrossDisplay-Switching for intuitive switching by mouse or trackball, i.e. without the explicit manual operation of the KVM system, to scenario switching – G&D have clearly put their focus on optimal operation. The latter function – scenario switching – allows users to store the switching states for different tasks. With one single command, they can now access the computer set for recurrent or quickly emerging tasks, for example, at harbours, at sea or in an emergency at man-overboard manoeuvres. Support for touch functions and DDC-CI, which lets you adjust the brightness of monitors of some systems to external conditions, further complete the systems.

The applications for KVM systems and their functions are as varied as the application fields of seafaring itself. Starting with the optimum implementation of ECDIS over special user processes on workboats up to comfort aspects on super yachts. Here, the manufacturer especially had the various on- and offshore control rooms in mind where efficient operation is an absolute must.

Redundancy concepts for KVM installations are essential since they guarantee maximum reliability for the IT equipment. At stand B6.417, the KVM experts from G&D will demonstrate how such installations can look like based on individual requirements and examples from their live installations. 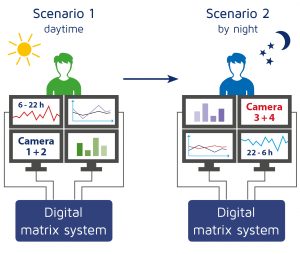 Example for day and night scenarios: With one single command, all computers required for day or night shifts can be switched at once. In the same way, scenarios can be stored for harbours, at sea or for man-overboard manoeuvres. 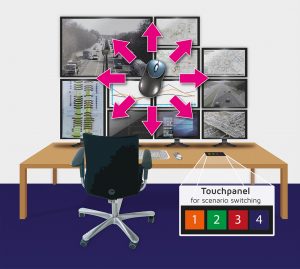 G&D’s CrossDisplay-Switching enables the operation of several systems with only one set of keyboard and mouse/trackball. Thus, users user can work intuitively since the switching process simply follows the mouse pointer. For further control, the systems can also be easily operated via graphically designed touch panels. 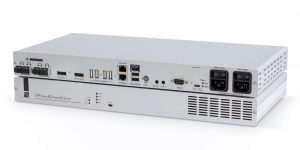 4x 4K@60 Hz: G&D’s new KVM extension DP1.2-Vision-XG uses fibre optics to extend computer signals over distances up to 10,000m and transmits 4K videos at full 60 Hz pixel by pixel and without using any kind of compression. And this even for up to four video channels per computer. 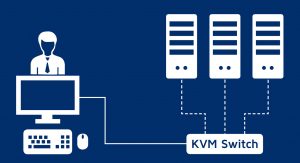 A KVM switch allows the operation of several systems from one single workstation. Thus, users can simply be switched to a redundant system without having to interrupt them in their work.