With the launch of the new firmware for the digital KVM matrix switches ControlCenter-Compact and ControlCenter-Digital and digital extender, G&D is once again emphasising user-friendliness. The configuration tool Config Panel 21 now also supports French, Chinese and Russian as language variants.

This further reduces the language barrier and makes the configuration tool even more user-friendly. Previously, it was only possible to display the UI in German or English. The extensions will be of particular benefit for existing customers in the corresponding language regions, who will now be able to make configurations even more easily, in their native language.

The configuration tool developed by G&D in-house is a web-based application in the device that can be accessed from any web browser. The application does not require any software for operation and provides a graphic user interface for configuring KVM systems. User-friendliness was focused on throughout the development process. Even in complex installations, the user is guided through the menu intuitively. Features such as a multilingual glossary and contextual help functions simplify operation, making it easier to configure devices.

The web application represents an alternative to configuration via the on-screen display, which has also been multilingual since the firmware update. It was previously only available in English, and a German and a French variant have now been added. Unlike the on-screen display, the significantly simpler user interface of the Config Panel 21 can be used independently of workstation modules in the network. Furthermore, it offers a step-by-step configuration wizard that guides users through complex settings such as Select Keys, TradeSwitching or CrossDisplay-Switching. Even configuring a KVM matrix grid can be completed much more quickly and easily.

Firmware updates for integrating the language variants into the configuration tool will also soon be published for additional company products. 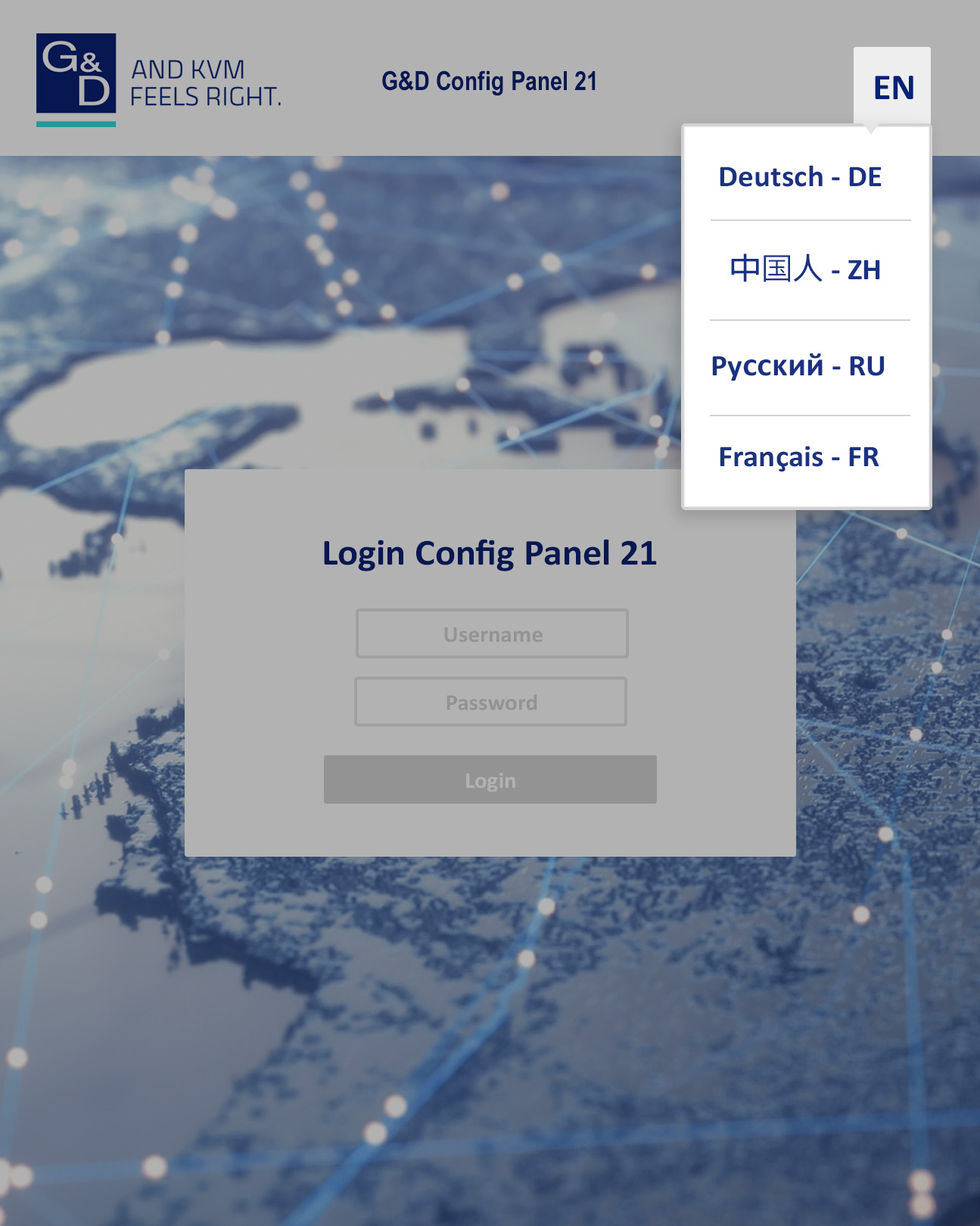 About G&D
G&D develops and produces KVM systems for extending and switching computer signals and is in global demand as an expert in its specialist area. KVM systems from G&D are installed in a great number of control rooms all over the world, for example in air traffic controls and airports, on ships, in TV & film production studios and in numerous control room applications in the chemical or petrochemical industry, and also in energy control rooms. KVM products from G&D enable the extension and distributed switching of computer signals at a distance of up to 10,000 metres. They prevent disruptive heat and noise from being generated at highly complex control room workstations and also enable access to redundant fallback systems to make control rooms around the world fail-safe.