A design process with Jörg Boner involves countless perfectly crafted cardboard models, made with patience and constant thought of innovation, until the most coherent possible design is born. But it is not only aesthetics that are crucial, Jörg Boner is a designer focussing on cost-effective designs, always with the bigger picture in mind.
For ten years now, Jörg Boner has been designing products and product families for the South Tyrolean lighting manufacturer ewo, with his holistic style factoring all decisive parameters for industrial design and product development. ewo’s product portfolio is technologically state-of-the-art and consistent in its creative realisation.
The latest luminaire also follows this approach: IR.
IR is Intelligence Ready. This means the design of this pole and wall luminaire was conceived to include space for sensors and other smart elements. For applications where smart lighting is required, the smart modules are hidden within the luminaire head, effectively invisible due to the luminaire housing.
Jörg Boner on the development process: “Design in itself is always visible, but the process is a hidden object. In terms of design, the original requirement was to integrate the mast connection and the luminaire head in a single casting, within a pole-top luminaire. As is so often the case in the design process, everything begins with an initial idea, from which hurdles are overcome and new approaches born.”
The result: the luminaire head tapers into the apex of the luminaire, at the base of the pole. This new shape leads to a new typology. “A continuous ribbon wraps around the luminaire head and draws the eye around the pole. This aesthetic feature also opens up functional advantages by creating space for intelligent components,” says Hannes Wohlgemuth, CEO of ewo, who always oversaw product design processes very closely.
The space gained and protected between the pole and the luminaire offers room for the inclusion of further elements. “Form and function always contrast each other. An unlikely pair that are mutually dependent,” says Jörg Boner. “We are very pleased that with the IR we have succeeded in creating a luminaire design that is characterized by its strength, but which also has a formal restraint. A luminaire that is present in public spaces, but which never displays aesthetic extravagance. The luminaire as an object that harmonises with architecture and landscape.
UN was the starting point for the cooperation between Jörg Boner and ewo in 2010, followed by the bestseller F-System and the elegant GO 2015.
Click to download HR images of the IR. ©Oskar Da Riz 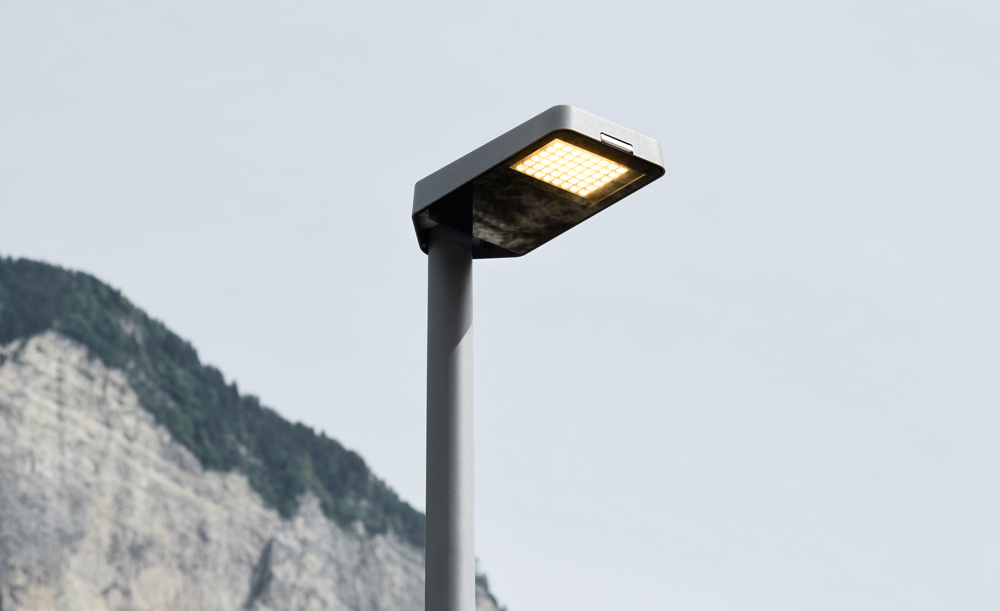 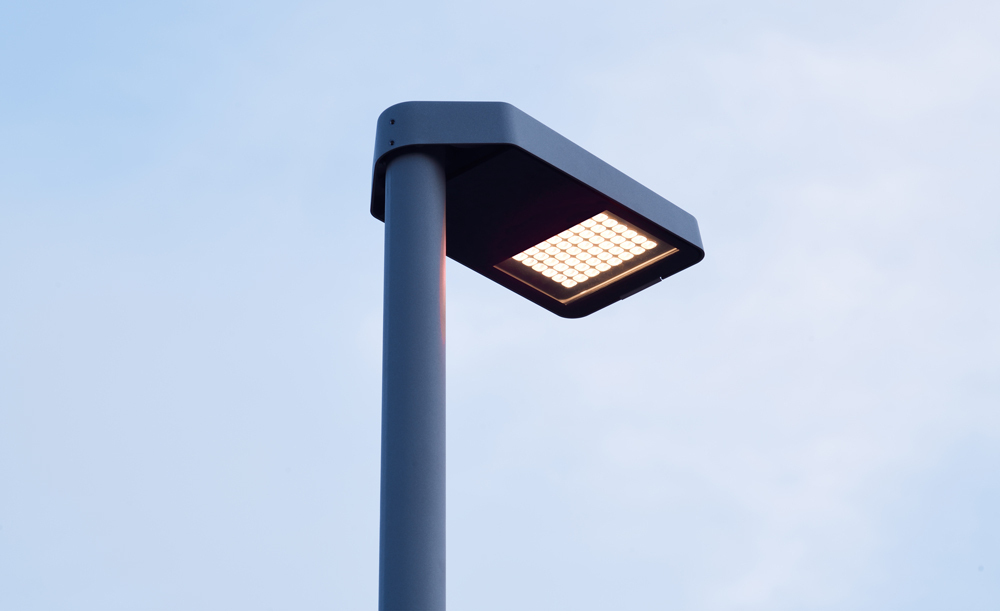 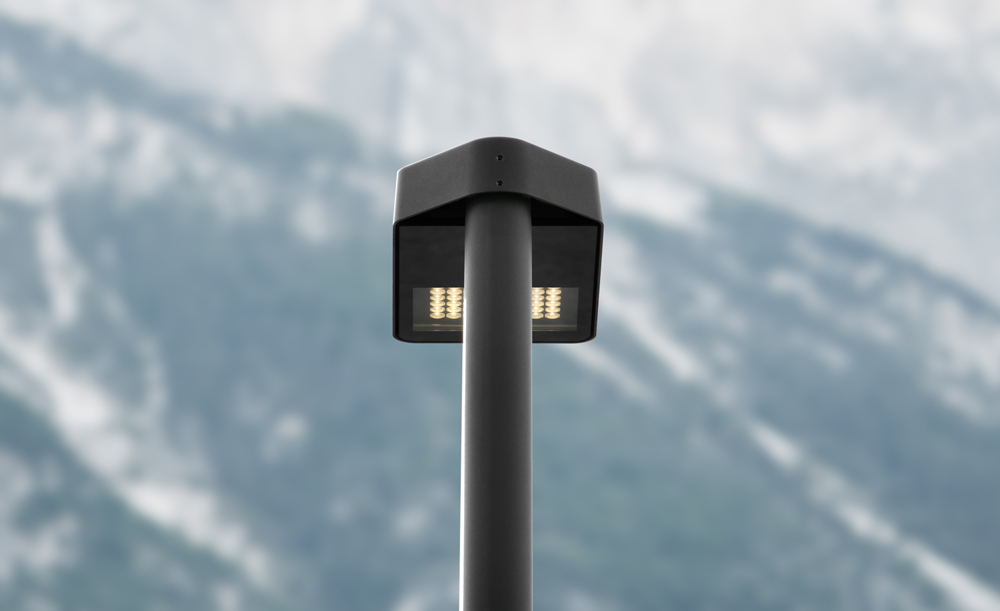