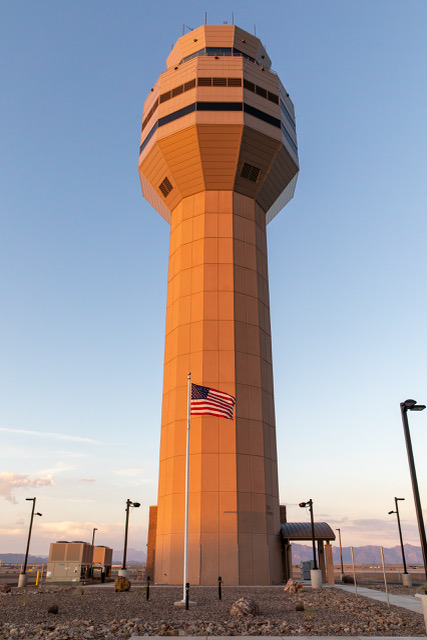 Phoenix-Mesa Gateway Airport Tower has been replaced by a new tower fitted with an integrated digital tower solution from Frequentis. The digital tower solution consists of an IP voice communication solution, featuring the ED-137 standard, integrated recording and digital terminal information and weather services, ensuring controllers have modern, digital solutions to support the additional growth expected to the region, including space for eight controllers.

Gateway Airport’s previous control tower was built in 1970 when the airport was known as Williams Air Force Base, serving as a training ground for Air Force pilots. As a commercial airport the air traffic control tower was not big enough to support the airports three 10,000-foot runways. The U.S. Representative Greg Stanton, D-Arizona, said the new tower was “an essential investment” and will “help it become an even more forceful economic engine for the East Valley and Arizona.”

Upon completion the tower has been named after John McCain III, the late U.S. senator from Arizona.

“We appreciate our long-lasting relationship with Phoenix-Mesa Gateway Airport and are a proud partner supporting the airport’s future with our integrated tower solution providing the flexibility needed to safely scale from current operation into the future. The project is also significant as it marks the first VCS connecting to IP radios using the ED-137 standard, also adopted by the Federal Aviation Administration (FAA) going live into the US,” says Leonard Swiontek, President Frequentis USA.