Revealing the capability of the technology

Stage Gate 11 announces a milestone achievement of its technology demonstration platform Delta R OTD (Optical Trace Detection). Through a formal test the detection limit of the platform was evaluated and confirmed to be in line with conventional trace detection technologies. 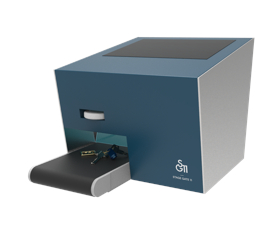 Based on its patented Delta R technology, Stage Gate 11 is developing an advanced optical trace detection solution aptly named Delta R OTD. From the onset of the project a goal has been formulated to extract conventional trace detection levels of performance from the optical trace detection technology platform Delta R. By venturing into the optical domain for such a usage scenario, higher reliability and higher throughput is anticipated. Such characteristics can incur major changes for potential deployment scenarios for the final product based upon this Delta R OTD demonstrator.

The CTO of Stage Gate 11, Rob Satink, comments about the recent advancements: “With the Delta R Shoe Scanner, a certain sensitivity-level is possible. This sensitivity is mainly determined through the scanning requirements, the geometrical orientation of our device in relation to the passenger, and exposure limits which are safe for general use. However, when you look at this from a generalist viewpoint, it quickly draws out the question: what would happen if we take the technology to the limit of its capability? I am glad that we can show at this junction, in a test to affirm the TRL-4 milestone of the Delta R OTD demonstrator, that we incur a manifold improvement of sensitivity.”

The demonstrator is in the first stages of product development. Similar to how conventional trace detection technologies operate, a trap is envisioned to catch as much as possible material from a surface and then insert the trap into the OTD for analysis. At the current junction, the Delta R OTD hardware platform was tested with an autonomous detection algorithm, to confirm the operational performance such as it is also required from the final product. 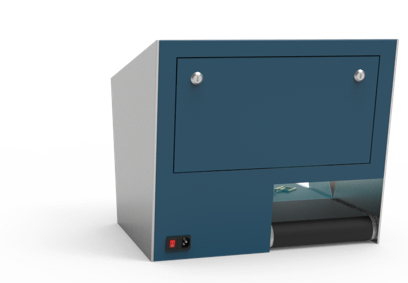 Rob continues: “To produce such a device, we bring together various disciplines: data sciences, materials science, forensic science, physics and chemistry; so, this is not any one person’s singular effort. This combined know-how culminates to this milestone. We show herewith that the Delta R OTD concept is capable to achieve similar sensitivity levels as we can observe from conventional trace detection technology.”

The CEO of Stage Gate 11, Michiel Poppink, states: “From a commercial perspective I would like to say that we see a need in the market for a faster and more robust explosive trace detection technology that could be used with or without consumables. We envision a small item scanner, operating as a stand-off solution, screening items like a wallet or telephone without the use of a swap. It will help the (airport) security organizations to improve security with a better business case.”

With the achievement of the product development milestone of the Delta R OTD platform, Stage Gate 11 once again confirms its vision to provide state of the art security solutions based upon its proprietary optical detection technology Delta R.

About SG11
Stage Gate 11 is a Dutch deeptech company developing security concepts in the airport security and logistic domain. With their multidisciplinary team and extensive network SG11 is prone to solve bottlenecks in the security work field. The SG11 approach is to bring the dynamics of technology, challenges, and market characteristics together. Besides security capabilities, their solutions also embrace business aspects as well. Adding value for all users and stakeholders forms the basis of their solutions. This holistic approach is called: Best 4 Business.