RPE CRTS, LLC/Research and Production Enterprise Digital Radio Systems provides ADS-B and Multilateration (MLAT) Solutions. CRTS’ breakthrough technologies contribute to the standardization of air traffic control in accordance with the CNS/ATM system architecture concepts. In particular, there are solutions for seamless integration of ADS-B and MLAT systems and further development of a single information and telecommunications environment for aviation on their basis.

Digital Radio Systems (CRTS) is a dynamically developing company designing and producing radio equipment for air traffic and surface movement control. Our equipment boosts flight safety. By using cutting-edge technologies and focusing on advanced technical solutions in radio equipment designing we develop hi-tech systems capable of facing modern challenges in every respect. We never cease improving our products and provide support throughout their entire life cycle. CRTS gears up its research and production potential to provide rational use of the airspace and flight safety through integration of hi-tech digital radio equipment. Our equipment lays the informational groundwork for flight safety. We develop, produce, deploy flight management radio systems and maintain them on the customer’s premises.

We supply equipment to all types of airports in the CIS and further afield.

From Development to Implementation

CRTS has been building up its research and production capabilities to address issues related to a rational use of airspace and flight safety through introduction of high-tech digital radio equipment.
Its development efforts and products are aimed at optimizing and upgrading the air traffic management system, in particular with respect to indicators such as flight safety enhancement, increase in airspace size and capacity, increase in route flexibility and so on.

The company’s development activities rely on platform-oriented technology that uses unified engineering solutions. This approach allows us to develop advanced equipment within the shortest possible time and at a low manufacturing cost. 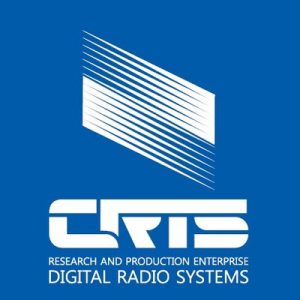 CRTS has supplied ADS-B beacons for the airport of Minsk, Belarus

At the end of 2019 the Republican Unitary Enterprise “National Minsk Airport” announced the tender for the supply of mobile radio beacons set for automatic dependent surveillance (ADS-B 1090ES). Among the applications received for the …
Read More

There are eight Russian airports equipped with an integrated multi-position surveillance system for civil aviation flights “Almanac” MLAT+WAM. An infrastructure project of this level has become unprecedented in terms of implementation. This allows a number …
Read More

The 9th session of the CIS Coordination Transport Meeting sectoral Councils was held in Rostov-on-Don this summer. The event, chaired by Yuri Tsvetkov - Deputy Minister of Transport of Russian Federation, gathered delegates of the …
Read More

The Almanac integrated MLAT+WAM system, implemented by CRTS at the airport of Mineralnye Vody in 2018, has been put into operation as a source of information for the surface movement control system in the Mineralnye …
Read More
RPE CRTS, LLC/Research and Production Enterprise Digital Radio Systems
14/1 Shkipersky Canal
St. Petersburg
Russian Federation