Miltronix has always pushed the boundaries of what can be achieved with radar systems. With our experience in the field, more than 20 years, we’ve been committed to one objective – to produce world class radar systems that meet the needs of our clients in the military and homeland defence sectors.

We spend at least six years developing our products so they are the best they can be before bringing them to market.

Our radar systems are now used all over the world in a variety of applications and we continue to research and develop new products using emerging technologies that allow us to offer even more for our clients. We are now able to offer custom design radar systems developed specifically to meet customer applications. With an emphasis on quality, design excellence and function, Miltronix is continuing to meet the challenges of evolving defence needs for modern radar sensor systems.

When it comes to air & ground surveillance radars, the technology has progressed greatly in recent years. Miltronix is proud to be a key innovator when it comes to driving the technology further and creating radar solutions that meet the new challenges in modern-day safety and defence operations. Our solutions are been designed with the needs of all types of organisations in mind from airports and government facilities to reservoirs, power plants and borders.

Every security challenge is different, but creating a truly effective solution means using the right mix of security measures and technology in order to form the best possible response. In most scenarios this means deploying a combination of both air & ground surveillance radars. Which is why, at Miltronix, we’ve designed all our radar solutions to be compatible with any existing security technology in place. Of course, all our air & ground surveillance radars work synergistically to build the best security solution for your needs.

All our air & ground surveillance radars are designed to meet the challenges of today’s and tomorrow’s safety and security needs. And should you need any help formulating the best solution for your needs, or need support when it comes to servicing or maintenance issues, there’s always someone here to help you find the solution to your problem.

Miltronix are attending the inter airport Europe exhibition in Munich to showcase a range of state-of-the-art Radar Systems specially designed to meet the stringent military, homeland security and civilian applications. Miltronix is participating in the four-day …
Read More 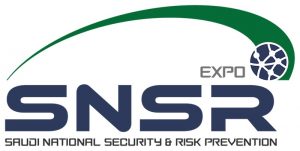 Miltronix are attending the SNSR expo to showcase a range of state-of-the-art Radar Systems specially designed to meet the stringent military, homeland security and civilian applications. Miltronix is participating in the three-day exhibition. Miltronix will be …
Read More 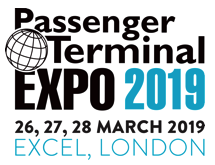 Miltronix are attending the Passenger Terminal Expo exhibition to showcase a range of state-of-the-art Radar Systems specially designed to meet the stringent military, homeland security and civilian applications. Miltronix is participating in the three-day exhibition with …
Read More