Soekarno–Hatta International Airport, abbreviated SHIA or Soetta or Cengkareng airport, is the primary airport serving the Jakarta metropolitan area on the island of Java in Indonesia. Named after the first president and vice-president of Indonesia, Soekarno and Mohammad Hatta, the airport is located at Benda, Tangerang and Cengkareng, West Jakarta, which is about 20 km northwest of Central Jakarta.

The airport commenced domestic operations in 1 May 1985 replacing the old over-capacity Kemayoran Airport. The airport was expanded in 1991 to replace Halim Perdanakusuma International Airport for international flights, which still serves domestic charter, VIP, private flights, and re-opened as a second commercial airport for domestic flights to relieve pressure over Soekarno-Hatta airport that is currently running over capacity. 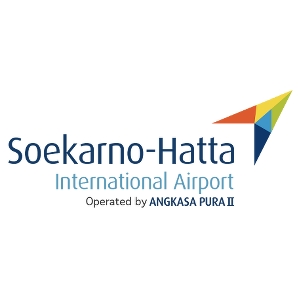