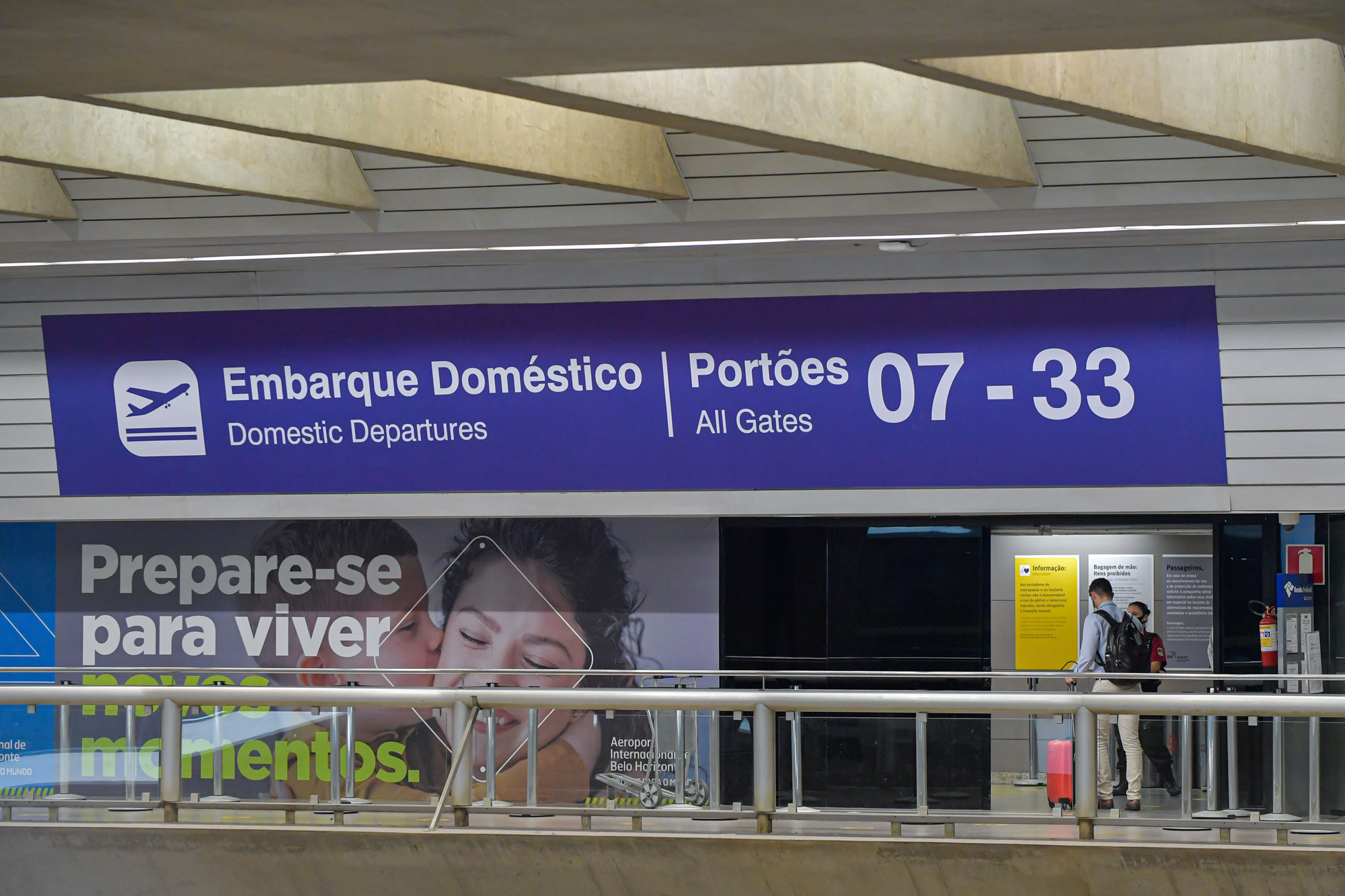 Forecast around 7,100 aircraft operations and 810,000 passengers demonstrates the sector’s recovery in the post-pandemic scenario

Belo Horizonte, August 2022 – After a month of July of favorable results, the mining terminal expects a high flow of people in August. In the period, around 810 thousand passengers and 7.1 thousand aircraft operations are expected, an increase of 34% in relation to the same month of last year. This movement represents a resumption of 86% of the pre-pandemic flow.

Punctuality is one of the highlights in this scenario, given the record number of 34,357 passengers per day achieved during the July vacation, surpassing the rate of 26,852 passengers per day recorded in the previous month. “In addition to demonstrating the significant recovery of the segment, the growing movement reinforces our commitment to strengthening the airport’s connections hub and prioritizing meeting passengers’ expectations, keeping the focus on always offering the best airport experience”, emphasizes the director of Operations and Infrastructure of BH Airport, Herlichy Bastos.

The airport’s performance was recognized by the OTP Report, an airport and airline punctuality performance report, published monthly by Cirium, a company specializing in aviation data. In the high season of July, the Minas Gerais terminal was the most punctual in the Americas and the 4th in the world, in the category of medium-scale airports. In the world ranking, Belo Horizonte International Airport represented Brazil with an OTP (On-Time Performance) of 91.25%, following the Japanese Kagoshima Airport (OTP of 93.36%), Sendai Airport (OTP of 94.20 %) and Chubu Centrair International Airport (OTP of 95.85%).

The use of a face protection mask remains mandatory in the airport lounge, departure lounge and on aircraft. The aviation sector follows all guidelines from health authorities and the Civil Aviation Agency (Anac) so that visitors, the airport community and passengers feel safe to fly and circulate in the terminal. The airport provides gel alcohol dispensers, protective barriers at user service points and informative stickers for floors, seats, bathrooms and elevators.

BH Airport, concessionaire of Belo Horizonte International Airport, is a Special Purpose Entity (SPE) formed by the CCR Group, one of the largest infrastructure concession companies in Latin America, and by Zurich Airport, the operator of Zurich Airport, the Switzerland’s main air hub and considered one of the best airports in the world, in addition to Infraero, a state-owned company with more than 40 years of experience in managing airports in Brazil.​