Two serious incidents that may occasionally occur in isolation at any airport, occurred at the same time at the Madrid-Barajas airport on Monday, fortunately without damage, and testing the airport security measures and protocols that worked perfectly.

Around 12:30 p.m. two pilots notified the control tower of the sighting of one or two drones near the airport’s airspace. The safety procedure was immediately activated with the almost total closure of airspace and runways, so for an hour and a half, until 2:15 p.m., the airport remained without takeoffs and with landings widely spaced by only runway 32L. Around 25 flights were affected and diverted to other airports. Meanwhile, the Civil Guard has initiated an investigation to identify the owner of the drone, whose infraction can be punishable by a fine of up to € 225,000.

But minutes after restoring air traffic, and in the midst of the reorganization of flights, the AC837 flight of Air Canada bound for Toronto that had just taken off at 2:33 p.m. declared an emergency, since during the take-off a tire burst damaging one of the two engines. The captain of the plane decided to turn off the engine, and after verifying that the situation was under control he requested to land again in Madrid, although he had to remain flying in circles for almost five hours at low altitude (between 2,300 and 800 meters) over some neighborhoods of Madrid, and thus consume much of the fuel for prevention before landing, because this model of aircraft, a Boeing 767-300, does not allow to evacuate it in flight. During this time, an F-18 fighter from the Air Force flew for a few minutes next to the aircraft to photograph the damage and be able to assess them better. Finally, and after a great media deployment, the plane landed without any mishap at 19: 08h on runway 32L, with all airport security and emergency devices ready to act. 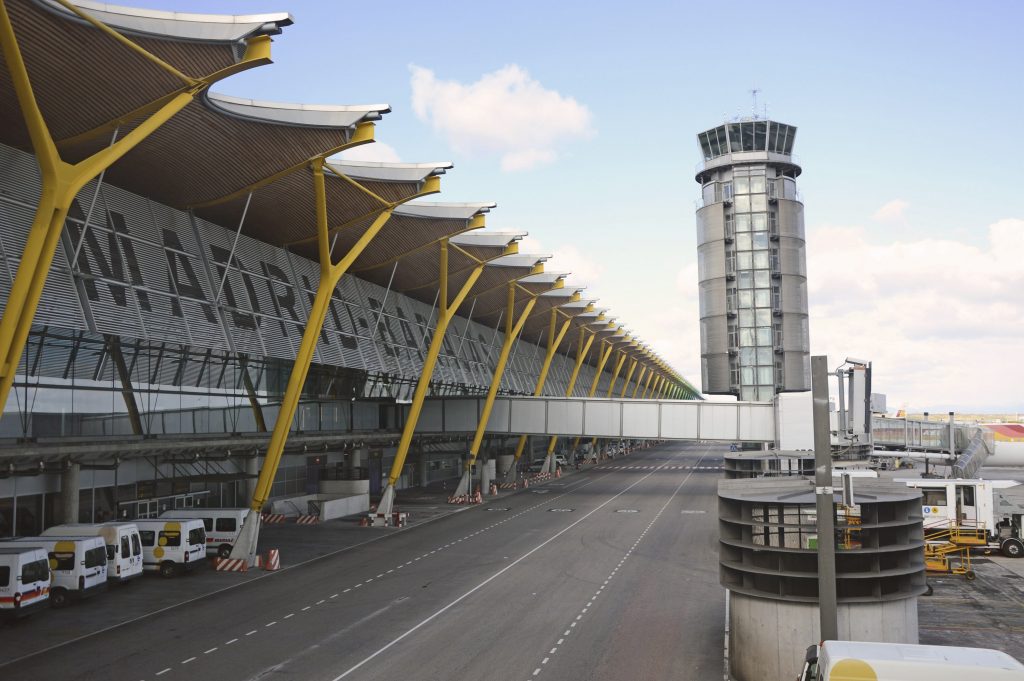