Edmonton International Airport (EIA) applauds Transport Canada’s decision to lift travel border restrictions as of Aug. 9 at five Canadian airports, including EIA. This is an important next step in the safe resumption of travel to and from Canada. 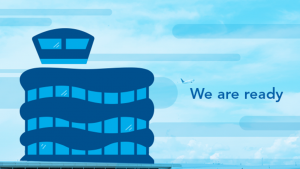 While EIA has been working with its partner agencies and airlines to prepare for the resumption of international travel to the airport, it will take time for international air service to return to EIA. Today’s announcement allows airlines to start planning future schedules. The government also announced easing of some restrictions for some travellers returning to Canada.

EIA continues to update our website health and safety section with this evolving information and has launched EIA travel school 101 to help people prepare for upcoming travel. Online Travel School 101 tips include:

The restoration for EIA’s international airport status will re-establish EIA’s international competitiveness and ability to act as a major economic driver of business, and the tourism, travel and hospitality industries in the Edmonton Metropolitan Region and Northern Alberta. Travellers can find up to date flight options here: flyeia.com/currentflights

Edmonton International Airport is a self-funded, not-for-profit corporation whose mandate is to drive economic prosperity for the Edmonton Metropolitan Region. Edmonton Airports managed Edmonton International Airport (EIA), and owns and operates Villeneuve Airport (VA). EIA is Canada’s fifth-busiest airport by passenger traffic and the largest major Canadian airport by land area. EIA offers non-stop connections to destinations across Canada, the U.S., Mexico, the Caribbean, and Europe. EIA is a major economic driver and has attracted over $1.3 billion in investment to our property over the last few years. EIA’s Airport City Sustainability Campus is a living lab for accelerating the development, testing, implementation, and commercialization of technology. EIA’s Airport City Sustainability Campus propels new jobs, tourism, and economic diversification – and creates a destination in and around EIA, featuring entertainment, e-commerce, retail, hospitality, cargo/logistics, bio-pharma, light manufacturing and many other industries.