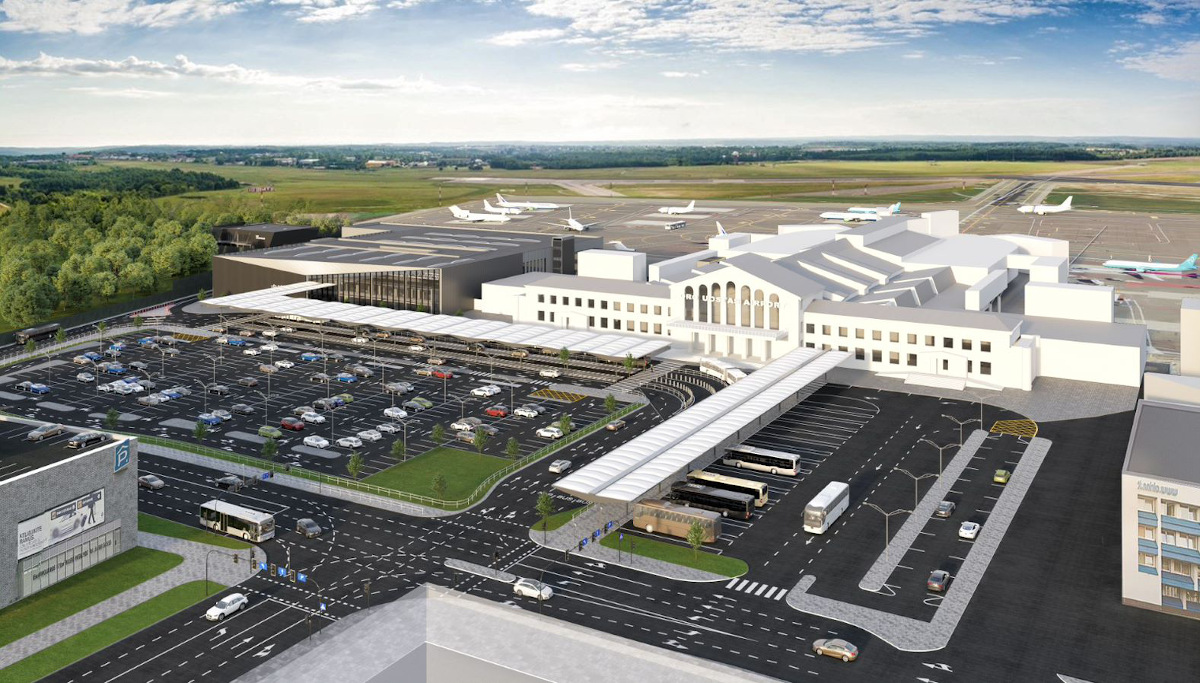 Lithuanian Airports and a construction company Mitnija agreed to terminate the Contract for the construction of a new passenger departure terminal at Vilnius Airport. Such a decision was made because the financial challenges in the aviation sector due to the pandemic aggravated the search for the Project funding and prevented the timely start of the Project – work of construction of terminal at Vilnius Airport has been suspended for more than four months. Lithuanian Airports, in turn, plan to immediately publish a new international public procurement procedure to select a contractor and to ensure the continuity of the Project.

According to Marius Gelžinis, CEO at Lithuanian Airports, difficulties in relation to funding of the construction of a new departure terminal were due to challenges in the aviation sector, including Lithuanian Airports, caused by the pandemic. However, according to M. Gelžinis, currently, partial funding of the Project from the Nordic Investment Bank has already been secured. Intensive communication with the Ministry of Transport and Communications regarding the rest of funding is taking place. A decision is expected in the near future.

“A new departure terminal is a very important project both for Vilnius Airport and in terms of the improvement of connectivity of the entire country. It will determine our competitiveness in the region in the context of recovering aviation. Therefore, after Mitnija has suspended its participation in the Project, we are ready to continue preparatory work and immediately announce a search for a new contractor”, – says M. Gelžinis.

Julius Gendvilis, CEO at Mitnija, says that decision to withdraw from the Project of the construction of the departure terminal at Vilnius Airport was made because the Project is suspended, construction work does not take place for more than four months due to the prolonged pandemic and the related challenges.

“We are upset and regret that we have to refuse from the construction of the passenger terminal at Vilnius Airport. We really wanted this Project and were seriously prepared for it. Unfortunately, but a break of more than four months costs too much: the team dedicated to the Project did not work, we did not receive the expected income and profit, and could not commit to new customers. The current situation is too risky for us, especially now when the world is still living in economic and social tension caused by the global pandemic. We sincerely wish the Project to receive firm funding in the future and to be implemented. It is very important and necessary”, said Julius Gendvilis.

Lithuanian Airports hope that the procedures of the prospective international public procurement will go smoothly. Therefore, the company plans that contract with the new contractor selected through the tender procedure will be signed before the end of this year.

A new module of passenger departure terminal of energy efficiency class A++ at Vilnius Airport will be built in the northern part of the port, between the new VIP terminal with a conference centre and the old terminal. After the new passenger terminal will be built, the total area of the terminals of Vilnius Airport will increase by a third, and passenger throughput will grow more than twofold (from 900 to 2,400 passengers per hour).

The new terminal will be two-story. On the ground floor there will be passenger check-in and public spaces, cafes, airline offices. A cosy security check area and departure gate for Schengen passengers are planned to be equipped on the second floor.

The building will be equipped with necessary technical spaces – luggage screening and sorting facilities, premises of engineering systems. A spacious gallery, that will ensure convenient connectivity between the terminals, will connect the new terminal with the existing passenger terminal.