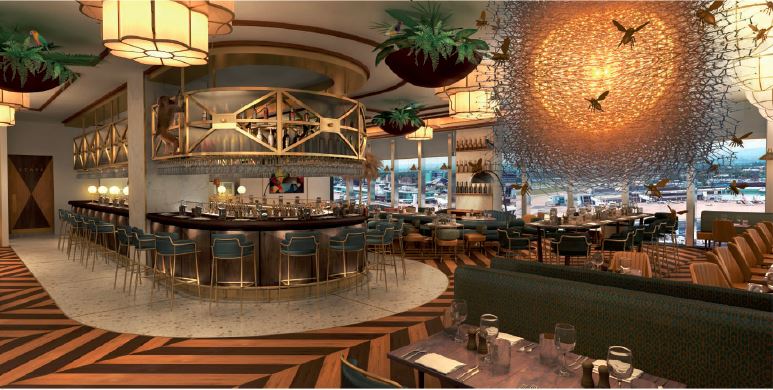 Manchester Airport today gave passengers a flavour of the future, as it revealed the first wave of food and drink outlets that will feature in the new “super terminal” being built as part of its £1bn transformation.

The list includes a number of iconic brands born-and-bred in the region, as well as a series of popular chains moving into the UK’s third largest airport for the first time.

One of the stalwarts of Manchester’s dining scene – the San Carlo Group – will open its first ever airport venue, with the launch of San Carlo Cicchetti in the extended Terminal Two.

San Carlo operates some of the highest profile restaurants outside of London, with four eateries in Manchester. It has run a Cicchetti within the House of Fraser store, still affectionately known as Kendals, since 2011.

The new departure terminal – set to more than double in size through the largest investment in Manchester Airport’s 81-year history – will also feature The Apiary and Daisy Nook.

The Apiary will offer stunning airfield views and a sustainably sourced British menu and botanical cocktails. The luxury artisan bar and eatery offers delicious breakfasts as well as lunch and dinner menus centred around fantastically exotic and exquisite seasonal flavours.

Meanwhile, Daisy Nook will offer all day dining with a menu focused on healthy and lighter dishes.

There will also be some familiar names for those looking for a grab-and-go option. Manchester favourites Archie’s and Barburrito will have space in the new departure lounge.

Archie’s has been giving Mancunians a taste of America for more than a decade with its burgers, shakes and waffles. It opened its first store on Oxford Road and now has further two in Manchester with outposts in Birmingham and Liverpool.

Barburrito has grown rapidly since it opened its first outlet in Piccadilly Gardens back in 2005. It now has four branches in the city, as well as outlets in Leeds, London, and Sheffield.

Those looking for a coffee hit can enjoy two Mancunian institutions in Grindsmith and Pot Kettle Black. Grindsmith, which was established by local duo Luke Tomlinson and Pete Gibson in 2014 will be located in the arrivals hall. 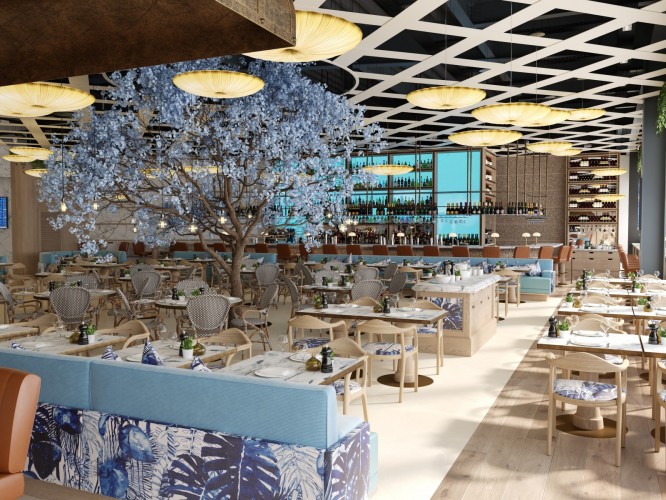 Pot Kettle Black will offer a brunch and coffee house in the departure lounge. Rugby League players Jon Wilkin and Mark Flanagan set up the business in 2015 and it has outlets in Barton Arcade and Spinningfields.

Two new drinks venues will also open. The Bridgewater Exchange, in partnership with Joseph Holt’s will feature its very own microbrewery, brewing a beer that is unique to Manchester Airport. It will also serve breakfasts, small plates and pub classics.

There is also the Amber Alehouse, in partnership with Seven Bro7hers brewery, which hails from Salford and has risen in popularity in recent years. It has outlets in Salford and Ancoats, with its beer sold at other venues across the region.

The Amber Alehouse will be a modern industrial gastropub focusing on a variety of local craft beers, cask ales and small-batch lagers. The beers are paired with bar food classics with attention given to shared portions and healthy options. All bars offer a full range of low alcohol and alcohol-free drinks.

The airport has revealed the first 15 venues that will open in the new terminal in 2020, with the roster also including a series of popular national chains.

Wagamama, M&S Simply Food, M&S Food to Go, Wrapchic, an Indian and Mexican fusion street food outlet, and Vit, a healthy, all-day fresh juice and food bar will also have a presence at Manchester Airport for the first time.

Alongside those will be passenger favourites such as KFC.

The outlets are being brought forward on a mixture of franchise basis by HMS Host, SSP and TRG and some on a direct basis.

Andrew Cowan, CEO at Manchester Airport, said: “We have said from the start that our £1bn transformation programme is about creating a step change in the experience we deliver to our customers.

“A huge part of that is providing an exciting mix of dining and retail outlets for people to choose from, whether they are travelling on holiday or for business, or waiting to collect friends and family.

“Since starting work on the project, one of the questions we have been asked the most is which cafes, restaurants and other venues will feature in the new terminal extension, which is why I am delighted to be making this announcement today.

“We have worked hard to identify partners that represent the strength and depth of the region’s food and drink scene and it is great to be working with so many brands that started life here in the North and have grown to become household names.

“We are confident there will be something for everyone when the terminal extension opens next year, and hope today’s news gives our customers a taste of things to come.”

Jon Wilkin and Mark Flanagan, founders of PKB, said: “We cannot wait to open a new Pot Kettle Black in Manchester Airport next year in partnership with our mates at HMSHost International. We are delighted to bring our take on Antipodean coffee culture, with a cheeky northern accent to the excited travellers as they pass through. We will bring a slice of Manchester’s coffee and easy-going food scene to the airport.”

Keith McAvoy, Owner/Founder of Seven Bro7hers, said: “When we started Seven Bro7hers we wanted to find a way to work together as brothers and a family. Now, we are bringing the local taste of our craft beer to the newest terminal in Manchester Airport and we want the world to feel part of our family too – Amber Alehouse is the perfect setting for our brew, and we can’t wait to open next year.”

Marcello Distefano, Managing Director of San Carlo Restaurants, said: “San Carlo is a much-loved brand in Manchester and the wider North West region and we’re extremely proud and excited to be part of the new Manchester Airport, a development that comes as San Carlo continues to expand across the globe. At the new terminal we’re creating a fabulous space which will elevate the airport dining experience for every holiday maker and business traveller alike.”

The Rafiq brothers, owners of Archie’s, said: “We are delighted to be bringing the Archie’s brand, menu and experience to Manchester Airport and this will include the addition and development of a breakfast offering which is new and exciting to the business so expect an Archie’s twist on traditional tastes. It has been refreshing that Manchester Airport is delivering successful independent brands as part of its tenant mix strategy which is very much at the forefront of consumer trends.”

A further eight will open in 2022 when the existing Terminal Two reopens after being refurbished. The second phase includes plans for ‘food hall’ style street food stalls.

Details will be released in due course around the new retail outlets and lounges that will open as part of the transformation programme.

The outlets are being brought forward through a mixture of franchise and direct agreements. The franchises are being delivered by HMS Host, SSP and TRG.