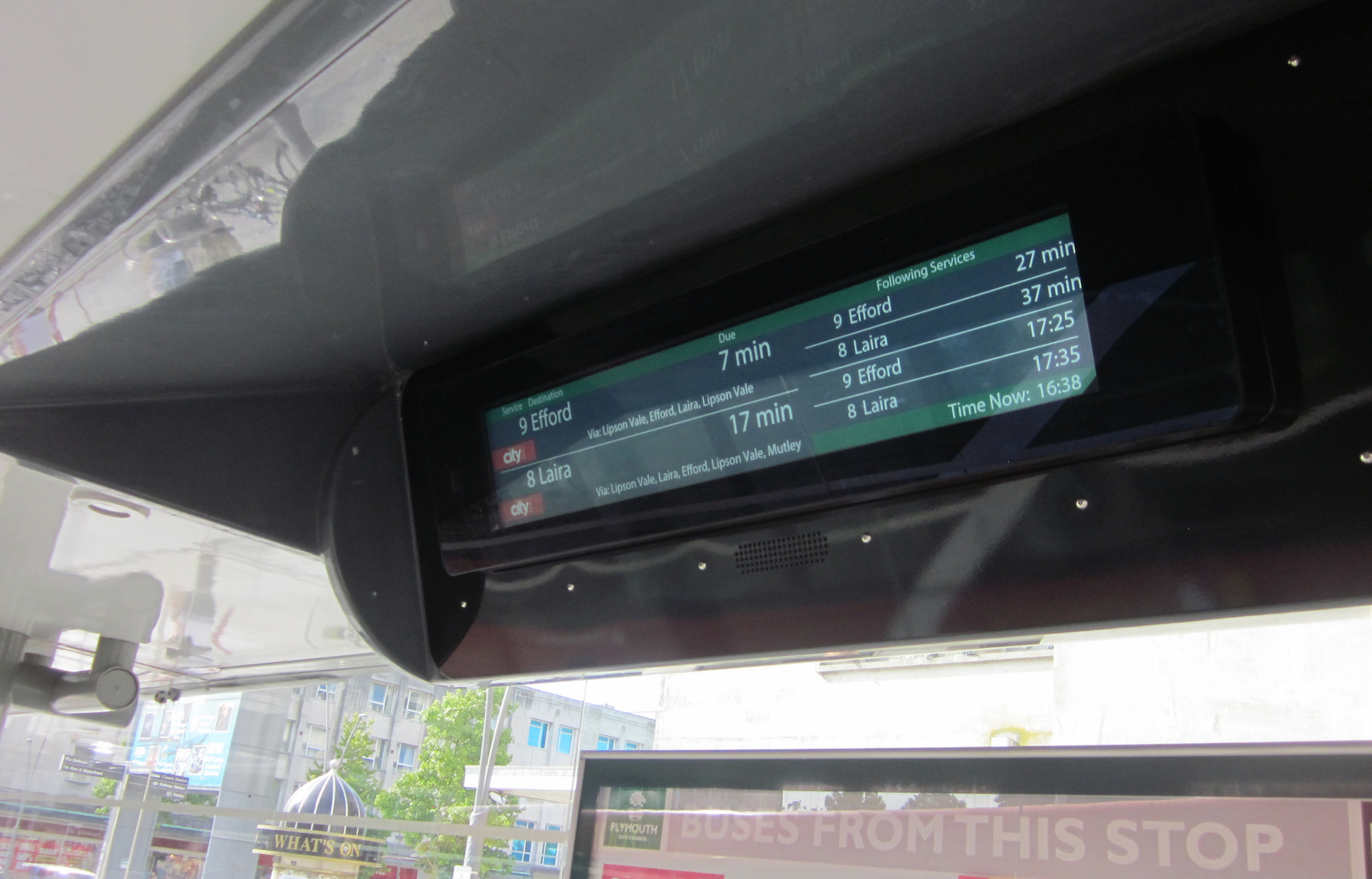 Real Time Passenger Information displays in Plymouth have been blank for nine months and now, thanks to 21st Century, passengers will be able to get up to the moment travel data once again.  The 21st Century RTPI upgrade covers all 85 stops in the city and comes after the screens were turned off in December while a new provider was sought.

21st Century renovated existing equipment from the previous provider where possible in order to conserve public funds.  Repair was not possible to over half of the displays and where this was the case, 21st Century replaced the displays with a new, more versatile design that gives passengers accurate information on bus arrivals and departures, and allows more information, such as stopping locations and images to be shown.

The 21st Century service team will monitor the operational status of the displays from its head office in Ashby-de-la-Zouch, enabling it to despatch local resource from its nationwide network of engineers should any issues arise.

Councillor Patrick Nicholson, deputy leader and cabinet member for strategic transport, housing and planning said he is “delighted” that the system has been upgraded in Plymouth.  “It is a fantastic system that really helps bus users across the city,” he said, “and ensures that people are equipped with the information they need to go to where they want to without delay.”

Operating through GSM, 3G and 4G networks, the 21st Century system uses real time information from buses meaning that the displays contain much more accurate arrival and waiting times.  It also means that special messages, such as the effect of bad weather or last minute route changes, can be displayed instantly.

The 21st Century RTPI displays also have RNIB REACT technology to provide audio information for the blind and visually impaired via a special key fob.  Plymouth Council is working with Improving Lives Plymouth, formerly the Hearing and Sight Centre, to test it and decide on the best way to make the fobs available.

Russ Singleton, Chief Executive for 21st Century comments, “It is fantastic to be able to assist Local Authorities in bringing their passengers the most up-to-date travel information possible.  The new displays offer increased options for Plymouth City Council to get information to passengers, which should further enhance the passenger experience.”