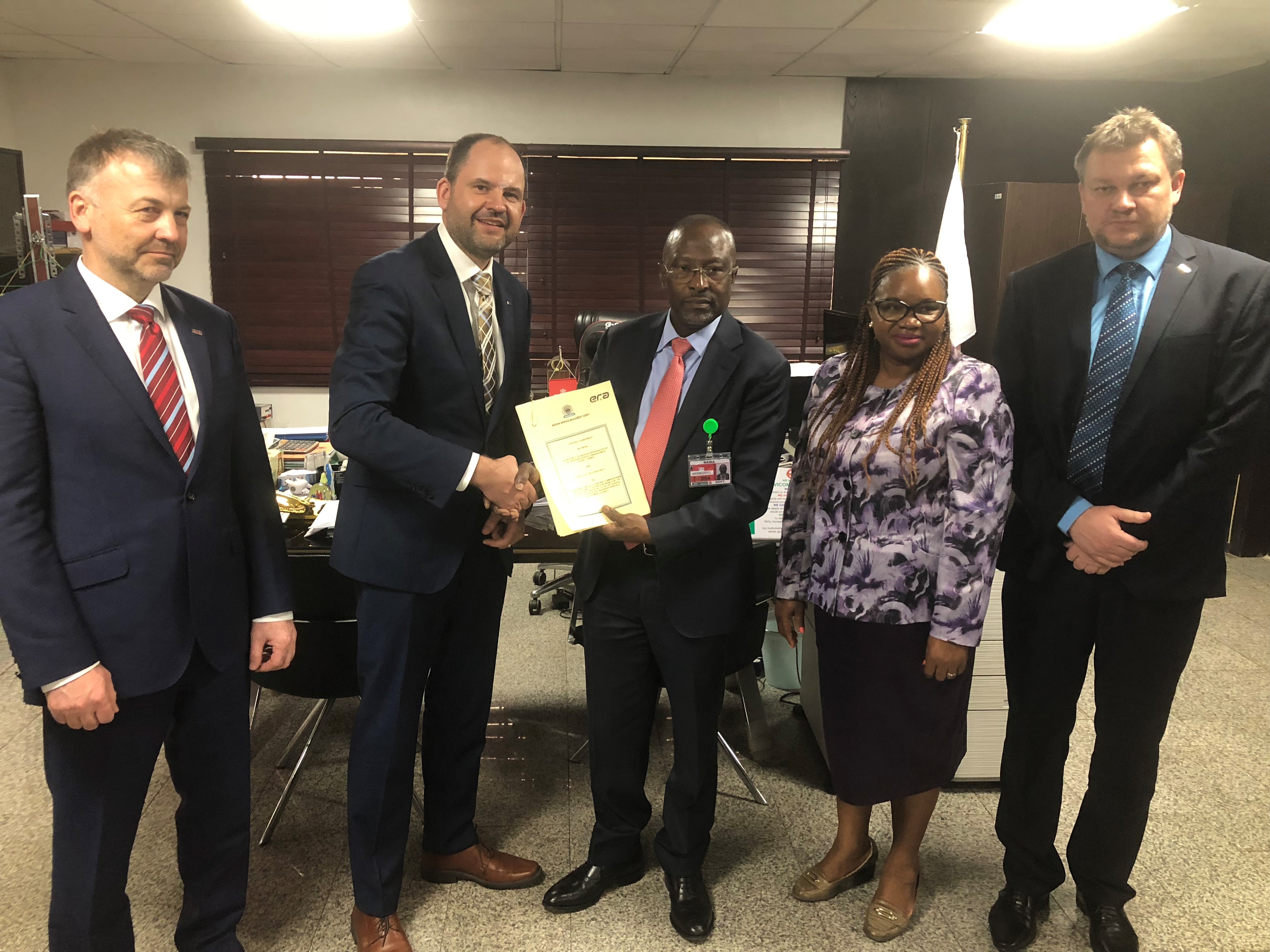 ERA (a member of OMNIPOL group) announced that it had been awarded a contract to implement a WAM and ATM system monitoring the air traffic of helicopters flying to Gulf of Guinea (Niger Delta), in Nigeria, Africa. ERA will deliver 39 stations.

The contract was signed by the end user, the Nigerian Air Space Management Authority (NAMA) in Lagos on 12th April 2018. NAMA puts its trust in ERA thanks to a reference from a previous oil rig monitoring system for Holland ANSP LVNL already in operations for three years in the North Sea. ERA also has a great deal of experience with projects in Africa, with its systems successfully functioning in four other African countries: Egypt, Namibia, Uganda and South Africa with Namibia being the largest WAM system worldwide.

NAMA provides flight information services for helicopters in the Gulf of Guinea area to support their oil and gas operations. There has been a need of a surveillance and tracking system to provide flight information to pilots flying to oil platforms. NAMA wants to increase the level of air traffic safety and thus requires a reliable, cost effective and robust solution that withstands the typical tropical climate of heavy rains plus 50° Celsius and to be resistant against corrosion of the salty air environment.

ERA will supply its mature composite (Multilateration and ADS-B) system NEO along with the ATM system ERIS. The project is planned to be completed by 2020 and is currently in the phase of site survey preparations, which should take place during this summer. ERA will cooperate with a local sub-contractor, the logistics company, Cathedral (West Africa) Limited which will provide logistic support for the installations.

On Nigeria
The name Nigeria was taken from the Niger River running through the country. Officially titled the Republic of Nigeria, it is the world’s fifth biggest exporter of the strategic oil commodity at present. Its population consists of 186 million people, 25 million living in the largest city Lagos. Nigeria is the most populous country in Africa and the seventh most populous country in the world.