Adelaide Airport, also known as Adelaide International Airport, is the principal airport of Adelaide, South Australia and the fifth-busiest airport in Australia, servicing 8.5 million passengers in the financial year ending 30 June 2019. Located adjacent to West Beach, it is approximately 6 km west of the city centre.

Adelaide’s original Commonwealth Government aerodrome, purchased from Captain Harry Butler, was developed in 1921 on just 24 hectares of land at Hendon (the site of the former Philips factory and SA Film Corporation). Nine kilometres from the city, the aerodrome provided facilities for airmail services between Adelaide and Sydney.

Work on the new airport began in 1947 with flights commencing in 1954 and the first regular transport services in February 1955. Interestingly, the first passenger terminal was a lean-to on one of the large hangars at the airport. It was not until 1957 that the Commonwealth funded and built what was designed only to be a temporary passenger terminal, however its use for domestic and regional traffic continued until October 2005.

Regular International services began in November 1982 with the construction of a separate International terminal building to accommodate an influx of overseas visitors. 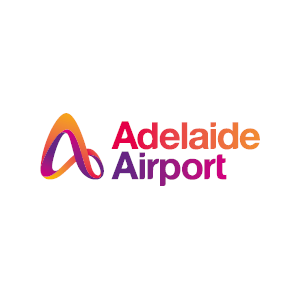