Athens International Airport Eleftherios Venizelos, commonly initialised as AIA, is the largest international airport in Greece, serving the city of Athens and region of Attica. It began operation on 28 March 2001 and is the main base of Aegean Airlines, as well as other smaller Greek airlines.

AIA is located between the towns of Markopoulo, Koropi, Spata and Loutsa, about 20 km to the east of central Athens by road, due to intervening hills. The airport is named after Elefthérios Venizélos, the prominent Cretan political figure and Prime Minister of Greece, who made a significant contribution to the development of Greek aviation and the Hellenic Air Force in the 1930s. As to-date, the airport is operated by AIA S.A. and ownership is divided between the Hellenic Republic (Greek State) and Private Sector in a 55%-45% stake following a PPP scheme for the airport company.

The airport was constructed to replace the now-closed Athens (Ellinikon) International Airport, as the latter had reached its saturation point with no physical space for further growth. Studies for a new airport had been carried out from as early as the 1970s, with as many as 19 different locations being looked at before an area close to the town of Spata was chosen as suitable. Athens Airport SA, a state-owned company, was established in 1978 to proceed with the plans. However, after delays and slow development, the project was revived in 1991 with the then government launching an international tender for the selection of a build-own-operate-transfer partner for the airport project, with Hochtief of Germany being selected.

In 1996, Athens International Airport S.A. (AIA) was established as a Public–private partnership with a 30-year concession agreement. That same year, the €2.1 billion development finally began with an estimated completion date of February 2001. The airport construction was completed five months before schedule, but was delayed opening a month due to surface connections to Attiki Odos not being completed. The airport officially opened on 28 March 2001.

Its major features include two parallel runways being 4 km and 3.8 km long respectively. The airport has received approval from the European Aviation Safety Agency and the Federal Aviation Administration for take-offs and landings of the biggest passenger jet worldwide, the A380. The first ever A380 to visit ‘Eleftherios Venizelos’ Athens International Airport made an emergency landing on 13 April 2011 for emergency medical reasons. The first scheduled A380 flight took place on 26 October 2012 by Emirates. 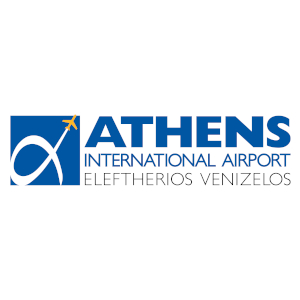 Athens International Airport (AIA), within the framework of a reality check on where the travel retail stakeholders stand regarding sustainability engagement, hosted at its premises the Workshop: “Growing Sustainably Together”.  The workshop is part of a …
Read More