O’Hare International Airport typically referred to as O’Hare Airport, Chicago O’Hare, or simply O’Hare, is an international airport located on the Northwest Side of Chicago, Illinois, 14 miles (23 km) northwest of the Loop business district; operated by the Chicago Department of Aviation and covering some 7,627 acres (3,087 ha), O’Hare has non-stop flights to destinations in North America, South America, Europe, Africa, Asia and Oceania.

Designed to be the successor to Chicago’s “busiest square mile in the world”, Midway Airport, O’Hare began as an airfield serving a Douglas manufacturing plant for C-54 military transports during World War II. It was named for Edward “Butch” O’Hare, the U.S. Navy’s first Medal of Honor recipient during that war. Later, at the height of the Cold War, O’Hare served as an active fighter base for the Air Force.

As the first major airport planned after World War II, O’Hare’s innovative design pioneered concepts such as concourses, direct highway access to the terminal, jet bridges, and underground refueling systems. It became famous as the first World’s Busiest Airport of the jet age, holding that distinction from 1963 to 1998; today, it is the world’s sixth-busiest airport.

O’Hare is unusual in that it serves as a major hub for more than one of the three U.S. mainline carriers; it is a large hub for both United Airlines (which is headquartered in Chicago) and American Airlines. It is also a focus city for Frontier Airlines and Spirit Airlines.

While Terminals 2 and 3 remain of the original design, the airfield has seen radical modernization, and the terminal complex is beginning an expansion of passenger facilities that will remake it as North America’s first airport built around airline alliances. 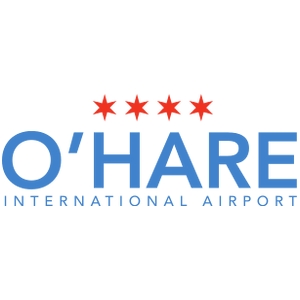 Following a thorough environmental review, the Federal Aviation Administration (FAA) issued its finding there is “no significant impact" of the proposed Terminal Area Plan from the Chicago Department of Aviation (CDA), paving the way to …
Read More