Gold Coast Airport is an international Australian airport located at the southern end of the Gold Coast and approximately 90 km south of center of Brisbane, within South East Queensland agglomeration. The entrance to the airport is situated in the suburb of Bilinga near Coolangatta.

In 1936, the site of Gold Coast Airport was selected as an emergency landing ground for aircraft flying between Sydney and Brisbane and in 1939, the first regular passenger transport (RPT) services commenced.

Construction of the northern part of the original terminal was completed in the early 1950s when annual passenger movements were approaching 12,000. By 1958 the runway and taxiways were sealed along with the access road and car park, and a light aircraft apron was delivered.

Construction of the existing terminal complex began in 1980 and was opened by the Deputy Prime Minister, the Rt Hon. Douglas Anthony, when it was officially named the Eric Robinson Building. By 1981 passenger movements were 656,595 per year.

The Federal Government owned and operated the airport up until January 1988, when ownership was taken over by The Federal Airports Corporation, a government business enterprise. Government policy changes saw the airport privatised in 1998 with Queensland Airports Limited (QAL) being the successful tenderer and taking the role of Airport Leasing Company

Since then, Gold Coast Airport has continued to provide the Gold Coast and Northern New South Wales regions with an exceptional level of customer service while recognising the key role it plays in tourism and other business activities within the dynamic holiday destination. 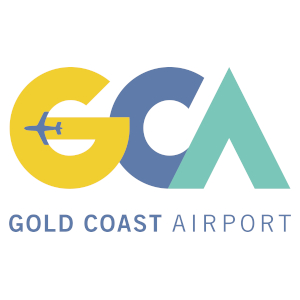 New cafés, bars and shops on the way for Gold Coast Airport

Gold Coast Airport passengers will be spoilt for choice when looking for something to eat, drink and buy thanks to the transformation of the food, beverage and retail outlets in the expanded and existing terminal. A …
Read More
Gold Coast Airport
Eastern Ave
Bilinga QLD 4225
Australia