LaGuardia is a hub for American Airlines and Delta Air Lines. A perimeter rule prohibits nonstop flights to or from points beyond 1,500 miles (2,400 km), but exceptions to the perimeter rule are flights on Saturdays and flights to Denver. International flights without border preclearance must use the nearby JFK or Newark airports, as there is no border control facility at the airport.

On July 27, 2015, New York Governor Andrew Cuomo announced a reconstruction plan that would completely replace the existing airport. The reconstruction project broke ground in 2016 and is scheduled to be complete by 2021. 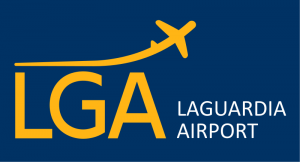 Governor Kathy Hochul has announced a historic milestone in the transformation of a whole new LaGuardia Airport, where a record-setting $2 billion in contracts have been awarded thus far to Minority- and Women-Owned Business Enterprises, …
Read More