Gatwick is the UK’s second largest airport and flies a range of both short and long-haul point-to-point services. The airport is a vital piece of the UK’s national infrastructure and is also a major driver for both the regional and national economies.

Gatwick opened as an aerodrome in the late 1920s; it has been in use for commercial flights since 1933. The airport has two terminals, the North Terminal and the South Terminal, which cover areas of 98,000 m2 and 160,000 m2 respectively. It operates as a single-runway airport, using a main runway with a length of 3,316 m. A secondary runway is available but, due to its proximity to the main runway, can only be used if that is out of use. As of 2020, Gatwick is the busiest airport in the world to operate with only one runway having served 46.5 million passengers during 2019.

In 2019, a new long-term partnership was formed with VINCI Airports who purchased a 50.01% stake in the airport. This partnership saw Gatwick Airport integrate into the network of VINCI Airports, the leading private airport operator in the world, which manages the development and operation of 45 airports located in Brazil, Cambodia, Chile, Costa Rica, Dominican Republic, France, Japan, Portugal, Serbia, Sweden, the United Kingdom and the United States.

Following the success of the inaugural Gatwick Airport Economic Summit (3 Nov), the airport has today announced that it will hold a second event next year. Over 120 delegates - representing local authorities, businesses, developers, education …
Read More

London Gatwick Airport, part of VINCI Airports' network, has just completed (Sept 2022) an innovative plan to resurface its main runway in half the time and for half the cost - while saving significant amounts …
Read More

After a busy few weeks, Gatwick Airport is working to reduce security delays ahead of the busy summer holiday period with more than 400 new security staff having started in recent weeks, with more still …
Read More

Gatwick Airport has announced two new retail offers for passengers, with LEGO stores and a Kidstop pop-up opening ahead of the school summer holidays. World famous construction toy brand, LEGO, opened a store in each of …
Read More

More businesses can now register their interest in supplying Gatwick, as airport publishes its 2021 sustainability report

Following a further review of its operation, and on behalf of travellers, Gatwick is temporarily moderating its rate of growth for July and August by putting in place a gradually increasing capacity level at the …
Read More

Gatwick has today (14 June) started a focused statutory public consultation on changes to its highway improvement proposals, which form part of the airport’s broader plan to bring its existing Northern Runway into routine use, …
Read More

Gatwick has announced that it will start a focused statutory public consultation on Tuesday 14 June 2022 about its plans to bring the airport’s existing Northern Runway into routine use alongside its Main Runway. The consultation …
Read More

Passengers can now book on 50 flights per week to six destinations across Canada this summer, as new and returning routes to Montreal, Quebec City, Vancouver and Halifax join existing services to Toronto and Calgary. …
Read More

Gatwick Airport passengers will be able to choose from a range of more than 30 exciting long-haul destinations this summer, including Bangkok, Quebec and Islamabad, with the airport’s South Terminal reopening on 27 March.   Scoot, …
Read More

After two difficult and challenging years, Gatwick cautions that aircraft noise may become more noticeable, as it celebrates the start of its recovery and the thousands of local jobs this provides

Despite continually changing travel restrictions - and the emergence of the Omicron variant - an encouraging end to 2021 saw passenger numbers at Gatwick exceed 1 million in August, September, October, and December - helping …
Read More

Aircraft turnarounds are being transformed at Gatwick with a new handheld digital platform that allows ground handlers to update air traffic controllers about changes to the turn process - in real time, direct from the …
Read More

Gatwick Airport Limited is continuing its ongoing recruiting campaign and is looking to fill around 400 new roles across multiple airport departments, as it prepares to reopen its South Terminal and ramp up operations in …
Read More 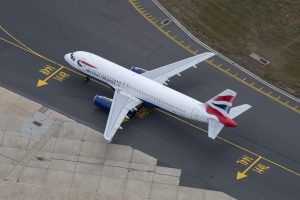 Passengers numbers increase at Gatwick Airport for the Christmas getaway 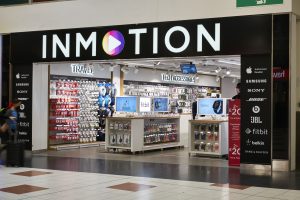 InMotion, the market-leading technology retailer in travel locations, has opened its first store at Gatwick Airport, within the North Terminal departure lounge.   The new outlet from InMotion, a brand owned by WHSmith, will offer departing passengers products …
Read More 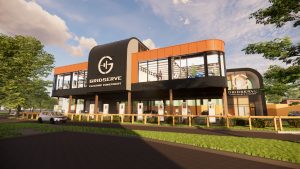 In UK airport first, Gatwick partners with GRIDSERVE to build an Electric Forecourt - the net zero carbon equivalent of a petrol station

A partnership between Gatwick Airport and sustainable energy company GRIDSERVE will build the Gatwick Electric Forecourt – an electric charging, net zero equivalent to a petrol station - that will be available to millions of …
Read More 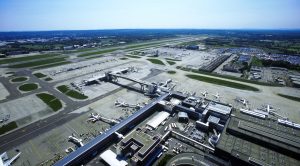 More than half (56%) of people surveyed who are planning to fly in the next 12 months are concerned about airfares increasing if airport slot rules remain the same, according to a YouGov survey commissioned by Gatwick Airport and Wizz Air.   More than a quarter (28%) …
Read More 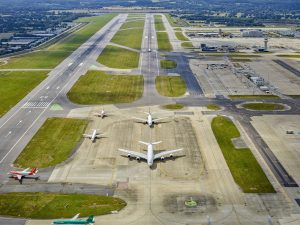 Gatwick Airport’s 12-week public consultation on plans to bring its existing Northern Runway into routine use has now closed.   The company will now go through the thousands of responses in detail and make any necessary …
Read More
London Gatwick Airport
Horley
Gatwick
United Kingdom
RH6 0NP