Milwaukee formally entered the aviation era on July 3, 1919, when it established the first county-operated airport, named Butler Airport. Airmail service began for the Milwaukee region on June 7, 1926, and soon the local residents and aviators realized the current airfield was too small, but a small river to the east and a railroad line to the west prevented any significant expansion.

On October 5, 1926, the Milwaukee County Board of Supervisors approved the $150,000 purchase of a new airport facility. The first airport terminal, the Hirschbuehl Farmhouse, opened in July of 1927. In 1941, the name of the Milwaukee County Airport was changed to “Billy Mitchell Field” after Milwaukee’s military advocate, Brigadier General William “Billy” Mitchell.

Due to congestion at the Layton Avenue terminal building, construction began on a larger terminal facility to be situated on Howell Avenue. On July 19, 1955, at a cost of $3.2 million, a new three-concourse, two-level structure opened with a capacity of 23 aircraft gates. The airfield then included 1,530 acres of land for runways and taxiways.

In the late 1970’s, deregulation and continued growth prompted another expansion project. The focus of this project was to renovate the existing terminal building. The $44 million expanded facility houses larger shops and an enlarged ticketing and baggage claim area.

On June 19, 1986, the Milwaukee County Board of Supervisors officially renamed the airport “General Mitchell International Airport,” also reflecting the presence of United States Customs at the airport. In October of 1989, a new Airport Systems Cargo Complex was opened to provide security and ground support services for cargo carriers.

On December 14, 1990, a 16-gate addition to Concourse D opened. The additional 16 gates boost Mitchell International’s total number of gates to 42. In addition, a new $6 million, 425-foot moving walkway was constructed to move passengers swiftly from the Concourse D entrance to the new gate area. More recently, eight new gates were added to Concourse C in 2007. A complete renovation of the Baggage Claim facility was complete in 2015.

In 2019, the airport was renamed “Milwaukee Mitchell International Airport” to to incorporate the airport’s location and anchor city in the airport name. 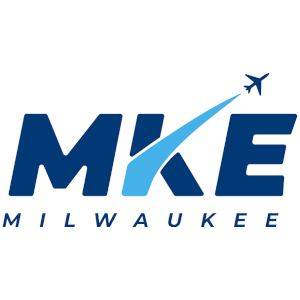