Montréal–Trudeau International Airport or Montréal–Trudeau, formerly known and still commonly referred to as Montréal–Dorval International Airport is an international airport in Dorval, Quebec, Canada. It is the only Transport Canada designated international airport serving Montreal and is situated 20 km from Downtown Montreal. The airport terminals are located entirely in the suburb of Dorval, while one runway is located in the Montreal borough of Saint-Laurent. Air Canada, the country’s flag carrier, also has its corporate headquarters complex on the Saint-Laurent side of the airport. It also serves Greater Montreal and adjacent regions in Quebec and eastern Ontario, as well as the states of Vermont and northern New York in the United States. The airport is named in honour of Pierre Elliott Trudeau, the 15th Prime Minister of Canada and father of current Prime Minister Justin Trudeau.

The airport is one of two managed and operated by Aéroports de Montréal (ADM), a not-for-profit corporation without share capital; the other is Montréal–Mirabel northwest of Montreal, which was initially intended to replace the one in Dorval but now deals almost solely with cargo. Montréal–Trudeau is owned by Transport Canada which has a 60-year lease with Aéroports de Montréal, as per Canada’s National Airport Policy of 1994.

Trudeau is the busiest airport in the province of Quebec and the third-busiest airport in Canada by both passenger traffic and aircraft movements, with 20.3 million passengers and 236,908 movements in 2019. It is one of eight Canadian airports with United States border preclearance and is one of the main gateways into Canada with 13.1 million or 65% of its passengers being on non-domestic flights, the highest proportion amongst Canada’s airports during 2018. It is one of four Air Canada hubs and, in that capacity, serves mainly Quebec, the Atlantic Provinces and Eastern Ontario. On an average day, 53,000 passengers transit through Montréal-Trudeau. 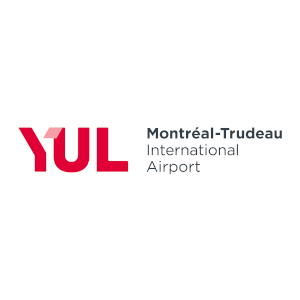 REM station at YUL: ADM selects the bid from AECON and EBC