Welcome to our 5-Star-Airport. Munich Airport offers you the best connections to anywhere in the world – and much more besides

Terminal 1 and the München Airport Center
Terminal 1 is divided into Departures/Arrivals A–D and F as well as Arrivals E. All facilities for passen-ger handling are located on level 04 (street level).

Terminal 2
Terminal 2 (G, H) is divided into an arrivals level (03) and two departure levels (04, 05). It is used by Lufthansa, the Star Alliance and other Lufthansa partners.

Excellent Service
Munich Airport is more than «just» an airport – it is a city with everything that cities need. For example, in the two terminals and in the MAC, you will find travel markets, hairdressers, children’s play areas, a medical center, sleep cabins, free WIFI etc.

From Duty Free to Top Labels
A day spent shopping at Munich Airport is always an experience. Here no wishes are left to be desired, because you will find around 150 shops and boutiques in an area measuring over 43,000 square meters.

Pure Enjoyment
Some 65 restaurants, cafés and bistros await you at Munich Airport. Inspired by global cuisines, you will find a wide selection of dishes and gourmet foods – from Bavarian delicacies and house-brewed beer in the lovely beer garden, through to Asian specialties or a snack eaten on the move.

Passengers are not the only ones returning to the large open-air forum of Munich Airport Center; popular events are also making a comeback after two years of absence due to corona. Guests and passengers can test …
Read More

To advance the development of regional and Urban Air Mobility, leading companies, universities, and research institutions as well as municipalities and organizations are joining forces to form the Air Mobility Initiative (AMI). The members of …
Read More

With the summer timetable in force, the number of destinations on offer at Munich Airport is increasing - and with it the number of passengers. Against the backdrop of increasing traffic, the airport launches further …
Read More 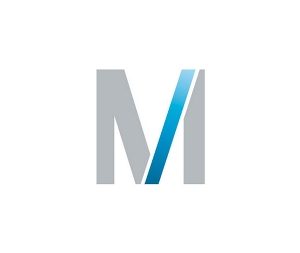 During the Christmas season, Munich Airport offers passengers and visitors a wide range of services in numerous stores and restaurants. Comprehensive hygiene measures are in place to ensure the necessary protection against infection. – – The outdoor …
Read More

20 months after it was closed due to the pandemic, the satellite building of Munich Airport’s Terminal 2 will be partially reopened on Wednesday, December 1, 2021: The airport and Lufthansa, which jointly operate Terminal …
Read More

Nearly 40 percent more cargo on cargo flights from and to Munich At Munich Airport, cargo is predominantly transported in large passenger aircraft as belly cargo. In previous years, this belly cargo made up around 90 …
Read More

The end today of strict US entry restrictions for European travelers has further boosted transatlantic travel at Munich Airport, with Lufthansa today resuming flights to Miami for the first time in addition to the routes …
Read More 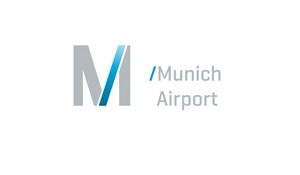 Extension of Rail Tunnel at Munich Airport Completed on Schedule

Three years after the official groundbreaking ceremony for the extension of the rail tunnel at Munich Airport, which will provide a link for rail traffic between Freising and Erding running via the airport, the shell …
Read More

Not an Oktoberfest, but at least an "Airbräu Wiesn" awaits guests at Munich Airport from September 18 to October 3. The ceremonial tapping starts on September 18 at 11:30 a.m. with a short ecumenical blessing of …
Read More

Terminal 1 back in operation at Munich Airport