Paris-Orly, the airport near Paris – Located 10 kilometers South of Paris, Paris-Orly airport, which served 156 cities in 2017, offers a wide range of direct, diversified and constantly expanding medium and long-haul flights, contributing to the appeal and international reach of the southern part of the Paris region.

The airport has 2 passenger terminals that can accommodate up to 29 million passengers per year. Paris-Orly is the 2nd largest airport in France and the 12th largest in Europe, with 32.0 million passengers in 2017, up 2.6% compared to 2016.

The upgrading of the terminal infrastructure and airport services, combined with the economic and tourist appeal of the southern Île-de-France region, are strengths that are likely to attract new direct air travel services that complement the services offered by Paris-Charles de Gaulle, particularly to the world’s main high-growth potential markets (Asia, Africa and the Americas).

The airport provides nearly 28,360 direct jobs1, and is an integral part of an economic zone with over 157,400 employees, comprising Rungis (a market of national importance), Sogaris (a semi-public limited liability company operating the Rungis bus station), and the Belle-Épine shopping centre.

Paris-Orly has many strengths that help it to cater for the needs of airlines and passengers. Given its location less than 15 minutes from Paris and its access to dense road networks and public transport links (including the RER B and C, Orlyval, OrlyBus, the Tramway, which offers access to the metro, Cars Air France (coaches) and the Massy TGV train station link, etc.),

Paris-Orly is particularly attractive for passengers due to its easy access, range of destinations, human scale and proximity to Paris.

For airlines, Paris-Orly’s main operational strengths are an average taxiing time of less than six minutes, runways that are close to the terminals and a very smooth approach. 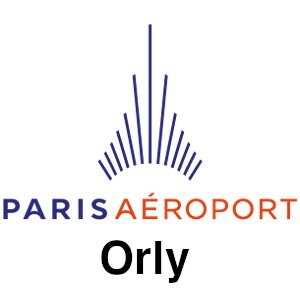 Paris Aéroport unveils a new evolving mural on the frontage of ORLY 4, reflecting the airport's commitment to its environmental transition

Communication through proof. This is the credo of the new living mural which is displayed from today on the 3,375 sq.m ORLY 4 frontage. Its originality lies in its evolutionary nature: deliberately unfinished on the …
Read More
Paris-Orly Airport
91550 Paray-Vieille-Poste
Île-de-France
France