Sky Harbor Airport’s name was conceived by J. Parker Van Zandt, the owner of Scenic Airways, in 1928. However, the reasoning for the name is apparently unknown. Scenic Airways collapsed in 1929 after the infamous Black Friday stock market crash. Sky Harbor was built in late 1928 through early 1929 initially with one runway and was the fourth airport built in Phoenix. Acme Investment Company owned the airport until 1935 after the collapse of Scenic Airways. On February 23, 1929, Maddux Air Lines began the airport’s first scheduled passenger service with a route between San Francisco and El Paso stopping in Phoenix, Los Angeles, and several other cities however the service was short lived, ending by autumn 1929. Standard Air Lines had been serving Phoenix since late 1927 at a different airport and began landing at Sky Harbor on August 5, 1929. Standard operated a route between Los Angeles and El Paso stopping at Phoenix, Tucson, and Douglas, Arizona. Standard was acquired by American Airways in 1930 which later became American Airlines. American extended the route eastward to New York by way of Dallas, Nashville, and many other cities making for a southern transcontinental route across the United States. In 1935 the city of Phoenix purchased Sky Harbor airport from Acme for $100,000.

Today, Phoenix Sky Harbor International Airport is a civil-military public airport. Located 3 miles east of downtown Phoenix, in Maricopa County, Arizona, United States. It is Arizona’s largest and busiest airport, and among the largest commercial airports in the United States; The airport serves as a hub for American Airlines and a base for Southwest Airlines.

The airport is also home to the 161st Air Refueling Wing (161 ARW), an Air Mobility Command (AMC)-gained unit of the Arizona Air National Guard. The military enclave is known as the Goldwater Air National Guard Base. One of two flying units in the Arizona ANG, the 161 ARW currently flies the KC-135R Stratotanker aircraft. In addition to its domestic role as a National Guard unit, answering to the Governor of Arizona, the 161 ARW also performs both a stateside and overseas role as a USAF organization, supporting air refueling and air mobility missions worldwide. 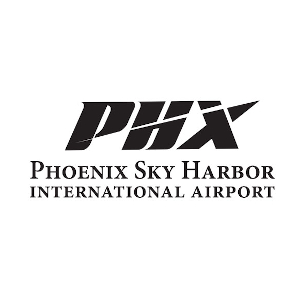 Travelers will be able to get a taste of Phoenix with many local options Phoenix Sky Harbor International Airport’s 8th concourse at Terminal 4 will be opening this summer, and today, Phoenix City Council approved the …
Read More

PHX RESERVE lets you Save Your Place. Reduce Your Wait. America’s Friendliest Airport® has partnered with Copenhagen Optimization and CLEAR to offer free reservations for TSA Security Checkpoint lines, helping travelers to manage their trips and …
Read More