Located about 10 miles west of downtown Pittsburgh, it is the primary international airport serving the Greater Pittsburgh Region as well as adjacent areas in West Virginia and Ohio. The airport is owned and operated by the Allegheny County Airport Authority and offers passenger flights to destinations throughout North America and Europe, as well as cargo flights to Asia. PIT has four runways and covers 10,000 acres.

First opened in 1952, the airport was initially served by five airlines and became a small hub for Trans World Airlines for over two decades. The airport underwent a massive $1 billion rebuilding and expansion which was largely designed to US Airways’ specification so it could become one of their major hubs. Completed in 1992, The new airport was one of the most innovative in the world, dubbed the “airport of the future” by the New York Times, and helped to pioneer modern airport design with its X-shape to reduce distance between gates, underground tram to transport passengers around the airport, and array of shopping options, all of which were cutting-edge at the time.

The airport experienced a resurgence in the 2010s, doubling the number of carriers to 16 as the Allegheny County Airport Authority has aggressively courted airlines and lobbied for new passenger routes. Southwest Airlines has increased its presence at the airport in recent years, overtaking American Airlines as the largest carrier in terms of passengers. American Airlines still has an aircraft maintenance base at Pittsburgh. The airport is also a hub for regional carrier Southern Airways Express. Cargo operations have increased at the airport in recent years.

In 2021, the airport became the first in the world with its own microgrid, which provides power to the entire airport with natural gas and solar power. 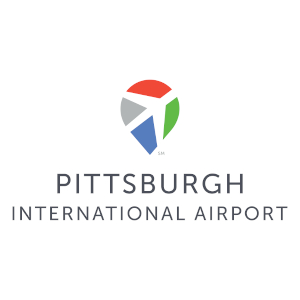 Longtime Pittsburgh contractor Joseph B. Fay Co. was awarded a $154 million contract in December to be the lead builder for new roads and bridges to be constructed at PIT as part of the Terminal …
Read More
Pittsburgh International Airport
1000 Airport Blvd
Pittsburgh
PA 15231
United States