São Paulo/Guarulhos–Governador André Franco Montoro International Airport, often referred to as GRU Airport, or simply GRU, is the primary international airport serving São Paulo. It is popularly known locally as either Cumbica Airport, after the district where it is located and the Brazilian Air Force base that still exists at the airport complex, or Guarulhos Airport, after the municipality of Guarulhos, in the São Paulo metropolitan area, where it is located.

Since November 28, 2001 the airport has been named after André Franco Montoro (1916–1999), former Governor of São Paulo state. The airport was rebranded as GRU Airport in 2012. Some of its facilities are shared with the São Paulo Air Force Base of the Brazilian Air Force.

On June 6, 1967, in response to the growth of the air traffic in Brazil, the Brazilian military government initiated studies concerning the renovation of the airport infrastructure in Brazil. As part of the conclusions of these studies, because of their location, strategic importance, and security issues, new passenger facilities would be constructed in the areas of Galeão Air Force Base in Rio de Janeiro and São Paulo Air Force Base in São Paulo.

In relation to São Paulo, the initial planning of the airport involved three runways and four passenger terminals. However, the first phase of the construction comprising two runways and two terminals started only on August 11, 1980. The airport was officially inaugurated on January 20, 1985. Quickly Guarulhos became the city’s primary airport, supplanting São Paulo–Congonhas Airport.

In 1989 the runways were extended and the terminals renovated, enlarged, and had their capacity increased from 7.5 million to 8.25 million passengers/year. The whole complex covered 13.86 square kilometres (3,425 acres), of which 5 square kilometres (1,200 acres) is urbanised area.

Construction of Terminal 3, capable of handling 12 million passengers per year, had been planned since 2001 but due to a myriad of political and economic problems, the actual construction didn’t begin until 2011. 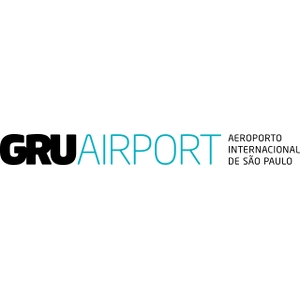