Suvarnabhumi covers an area of 3,240 ha (32.4 km2; 8,000 acres), making it one of the biggest international airports in Southeast Asia and a regional hub for aviation.

The name Suvarnabhumi was chosen by HM King Bhumibol Adulyadej which means “The Golden Land”, specifically referring to the continental Indochina. “Golden Peninsula”or “Golden Land” is a traditional name for the Thailand-Cambodia-Laos-Burma region, it is pronounced “su-wan-na-poom”.

The airport is located in Racha Thewa in the Bang Phli district of Samut Prakan province, 30 kilometers east of Bangkok. The airport has 2 parallel runways (60 m. wide, 4,000 m. and 3700 m. long) and 2 parallel taxiways to accommodate simultaneous departures and arrivals. It has a total of 120 parking bays (51 with contact gates and 69 remote gates) and 5 of these are capable of accommodating the Airbus A380 aircraft.

Above the underground rail link station and in front of the passenger terminal building is the 600-room hotel operated by Accor Group under the Novotel Suvarnabhumi brand. 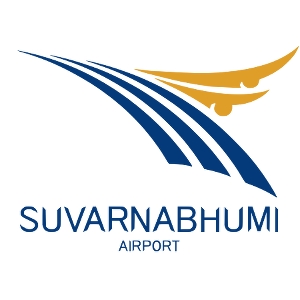 The Airports of Thailand (AoT) board has officially given the green light to the controversial northern expansion plan of Suvarnabhumi airport and the B42-billion project will be forwarded to Cabinet for approval, said AoT President …
Read More
Suvarnabhumi Airport
999 Soi Mu Ban Nakhon Thong 1
Nong Prue
Bang Phli District
Samut Prakan 10540
Thailand
Add Your Company
to accept our Privacy Statement