Hobby closed after the opening of Houston Intercontinental; after several years it re-opened and became a secondary airport for domestic airline service and a center for corporate and private aviation.

The William P. Hobby Airport covers 1,304 acres (528 ha) and has four runways; however, as of February 1, 2020, one of the four runways, runway 17-35, is permanently closed. Its original art deco terminal building, the first passenger airline terminal in Houston, now houses the 1940 Air Terminal Museum. 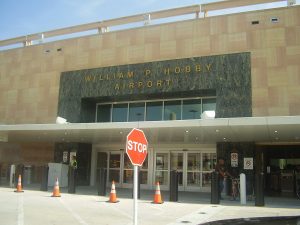