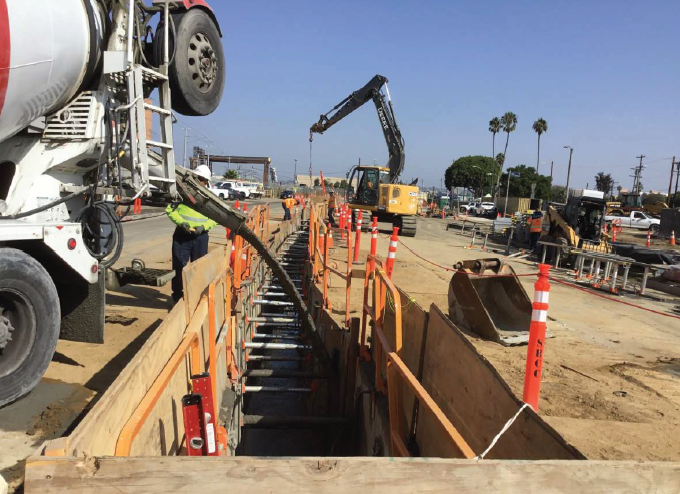 The project was done in conjunction with the LA Department of Water & Power (LADWP), and involved tunneling under a 108-inch storm drain to relocate the LADWP Scattergood transmission lines along Aviation Boulevard. This relocation was integral in moving forward the future construction of the 98th Street project, which will extend 98th Street from its current endpoint at Bellanca Avenue to the 405 freeway once complete in 2023.

Finishing the project three weeks ahead of schedule was just one of many successes for the project. It was also completed within budget and with zero safety incidents, which LAWA strives for on every project.

“We are proud to have finished this project ahead of schedule, within budget and with no safety incidents,” said Dan McKelvie, Project Manager, LAWA LAMP and Utilities Enabling Project (LULEP). “This project completion is another step on the path to creating the world-class vision for LAX.”

Upcoming utility work to support the extension of 98th Street includes the relocation of a 10-inch gas line, communication lines and a 48-inch perpendicular tunnel under Aviation Boulevard during the first quarter of 2020. A 30-inch gas line also will be relocated in the second quarter of 2020.