On Saturday, Oct. 17, Los Angeles International Airport’s (LAX) Intermodal Transportation Facility-West (ITF-West), a new four-story parking structure and mobility hub located east of LAX, celebrated the ahead-of-schedule topping out of major concrete with the last of 72,000 cubic yards being poured. The 1.75 million-square-foot facility, which will provide travelers new options for pick-up and drop-off as well as parking, opens next summer. 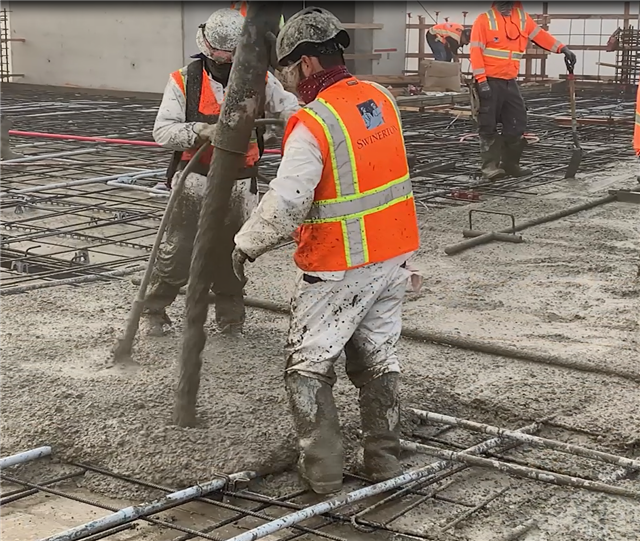 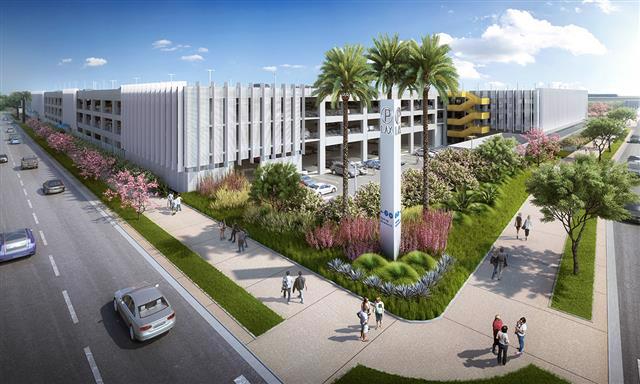 The ITF-West will be the first of LAX’s $5.5 billion Landside Access Modernization Program’s (LAMP) components to complete and open.

“Saturday’s pour marked a significant morning for our airport and an important step forward in building a world-class airport,” said Justin Erbacci, Chief Executive Officer, Los Angeles World Airports. “Topping out ahead of schedule is a testament to the effort of our LAWA Project Management team, our design-builder Swinerton, and each of the craft laborers who helped us reach this achievement. We look forward to the finishing touches being completed and opening this new state-of-the-art facility next summer.”

The topping out comes less than a year after the first concrete foundation was poured in November 2019. On Saturday, approximately 600 cubic yards of concrete were poured to complete the fourth level deck and the overall concrete superstructure. In the two weeks leading up to the final pour, the team completed eight deck pours in just 13 days, totaling more than 150,000 square feet.

“Our trusted partnership with LAWA and our design and trade partners have greatly contributed to successfully topping out the concrete scope of work on time under our accelerated project schedule,” said Jeff Goodermote, Director, Parking Structures, Swinerton. “We are excited to continue to provide LAWA with best-in-class construction services to create the state-of-the-art parking facility that will serve LAX’s passenger needs.”

Once open, the facility will offer approximately 4,300 new parking stalls, with both short- and long-term parking options, and valet parking being phased in at a later date. Travelers will be able to reserve their parking ahead of time or simply drive-up and park the day they travel.

The ITF-West will reach full optimization in 2023, when it connects to the Automated People Mover (APM) train system via pedestrian bridges on the south side of the facility. During the time prior to a direct connection to the APM, a shuttle bus will provide transportation to and from the LAX Central Terminal Area (CTA) when it opens next summer.

Smart parking features will also be incorporated into the facility, which allows travelers to know how full each level is with signage displaying remaining spaces, as well as aerial lighting with green lights noting open spaces and red lights marking unavailable spaces. This will help reduce the amount of vehicles idling and circling to try and find where to park.

While the concrete work has completed, there is still much to do prior to opening. Over the next several months elevators and escalators will be installed, interior painting and finishing work will continue, the cantilever walkway on the south side of the building that will connect to the APM station will complete and the construction of 94th Street, which is the access road into the ITF-West will commence.

The ITF-West is one of the major components of LAX’s LAMP, which includes the 2.25 mile APM elevated train system with six stations total – three inside the CTA and three outside, as well as a Consolidated Rent-A-Car Facility and roadway improvements.