This week the Chicago Department of Aviation (CDA) and the Chicago Police Department (CPD) cut the ribbon on a new facility for CPD personnel assigned to O’Hare International Airport. Built by BOWA Construction, a local and minority-owned firm, this project is part of O’Hare 21, the historic plan by the City of Chicago and its airline partners to transform O’Hare for the 21st century, and maintain its status as the country’s most-connected airport. More than 200 construction and support jobs were created during the course of the project.

“The new Chicago Police Department facility at O’Hare International Airport is not only the latest milestone for the O’Hare 21 project, but it demonstrates our continuing commitment to expand procurement opportunities for businesses owned by people of color, women and individuals with disabilities,” said Mayor Lightfoot. “BOWA Construction—a City-certified Minority Business Enterprise—led the coordination of several sub-contractors to transform a former warehouse into a state-of-the-art CPD facility, which will improve airport safety as O’Hare continues to grow.”

CPD’s previous O’Hare facility is slated to be demolished as part of the ongoing $1.2 billion Terminal 5 expansion – a project that will make way for new gates, passenger amenities, airline lounges, concessions space, a state-of-the-art baggage system, expanded security checkpoints, and other renovations that will allow CDA to better serve more travelers. Also known as Building 521, the new space provides approximately 20,000-square-feet of former office and warehouse space that was rehabilitated for CPD use and includes offices, a roll-call room, locker rooms with showers, a hold room, interview rooms and storage for various departments including Canine, SWAT, and Bomb Squad. Substantial portions of Building 521 were able to be renovated in addition to the architectural and mechanical upgrades required to comply with Chicago Building Codes as well as the installation of an emergency standby by system which was included in the project.

“The safety and security of the traveling public is our highest priority, and we have no better partner in that effort than the Chicago Police Department.” said CDA Commissioner Jamie L. Rhee. “This new facility will allow CPD to better serve the hundreds of thousands of passengers who use our airports every day, and to operate in a modern facility that allows them to better coordinate with other airport law enforcement agencies.”

Numerous design and construction modifications were required due to condition of existing facility, such as:

“The safety of the nation’s best-connected airport is of critical importance to the Chicago Police Department,” said Interim Superintendent of CPD, Charlie Beck. “The O’Hare station is a modern upgrade for both airport officers and specialized units that also creates a dedicated space to conduct training and coordinate with our federal partners.”

BOWA Construction provided the coordination of multiple trade sub-contractors required to provide the comprehensive renovation of a former warehouse to a functioning police department. Founded by Nosa Ehimwenman, BOWA Construction is a general contractor and construction management firm based on Chicago’s South Side. It is a City-certified Minority Business Enterprise (MBE) and a newly-appointed U.S. Department of Transportation Disadvantaged Business Enterprise (DBE) program participant, and the first African-American prime contractor to be awarded an airport concessions construction contract in Chicago.

“We are excited to have completed the new CPD station at O’Hare International Airport. This is a tremendous accomplishment for the team, and it would not have happened without the team’s efforts and hard work,” said Nosa Ehimwenman, president and CEO of BOWA Construction. “Working in a mission critical environment like Aviation isn’t easy, and I am very thankful for Jamie Rhee’s leadership and her team’s support in creating an environment of inclusion in Aviation. We are looking forward to working on O’Hare 21 and other future projects.”

Over the next decade, the $8.5 billion O’Hare 21 expansion program will totally transform the airport by delivering 25 percent more gate capacity, a more streamlined passenger experience, and enable O’Hare’s future growth to better connect travelers to Chicago and Chicago to the world. The largest expansion in O’Hare history, the project includes a $1.2 billion expansion of Terminal 5, which makes way for construction of the new and fully modern O’Hare Global Terminal and O’Hare Global Concourse. Over the course of the project, it is estimated that more than 60,000 construction and support jobs will be created. The expansion will be paid for by airport revenues, not taxpayer dollars.​ 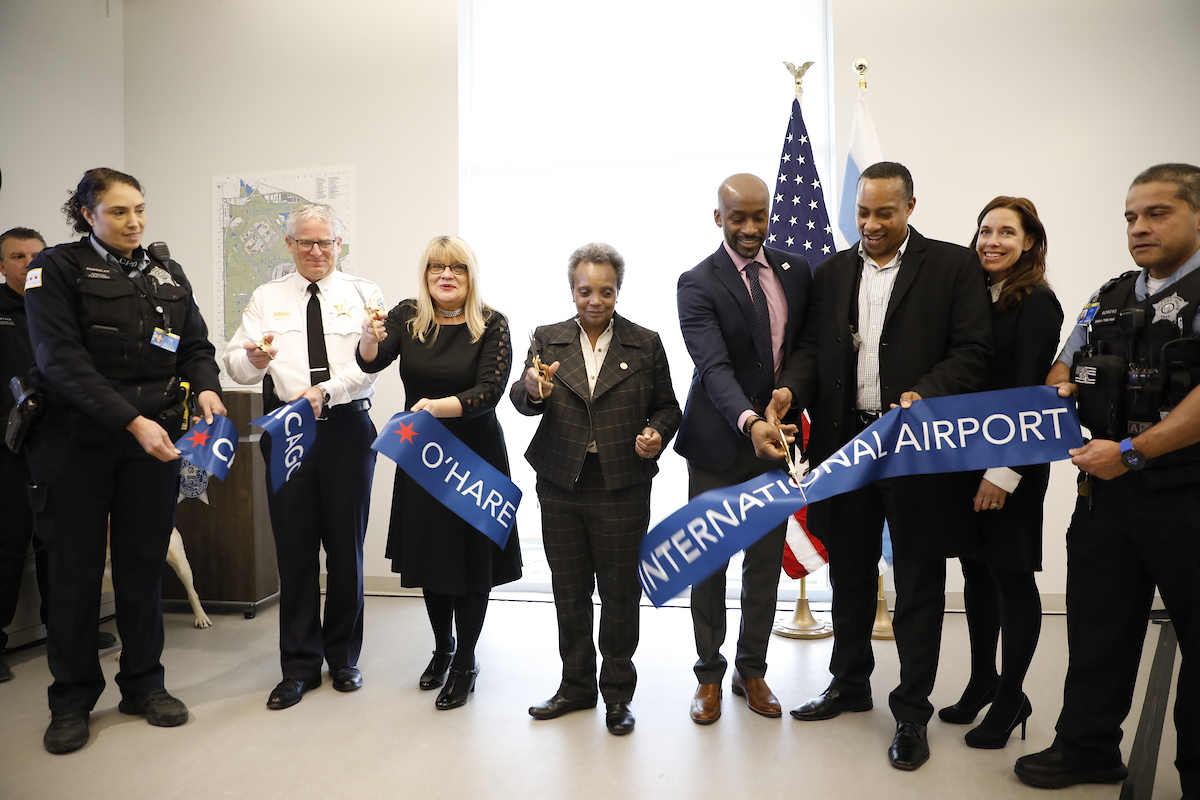