With the new system, guests will take a paper QR code ticket when entering the lot. Currently, all guests use the same five exit lanes, regardless of how they are paying, when leaving the Economy Lot. 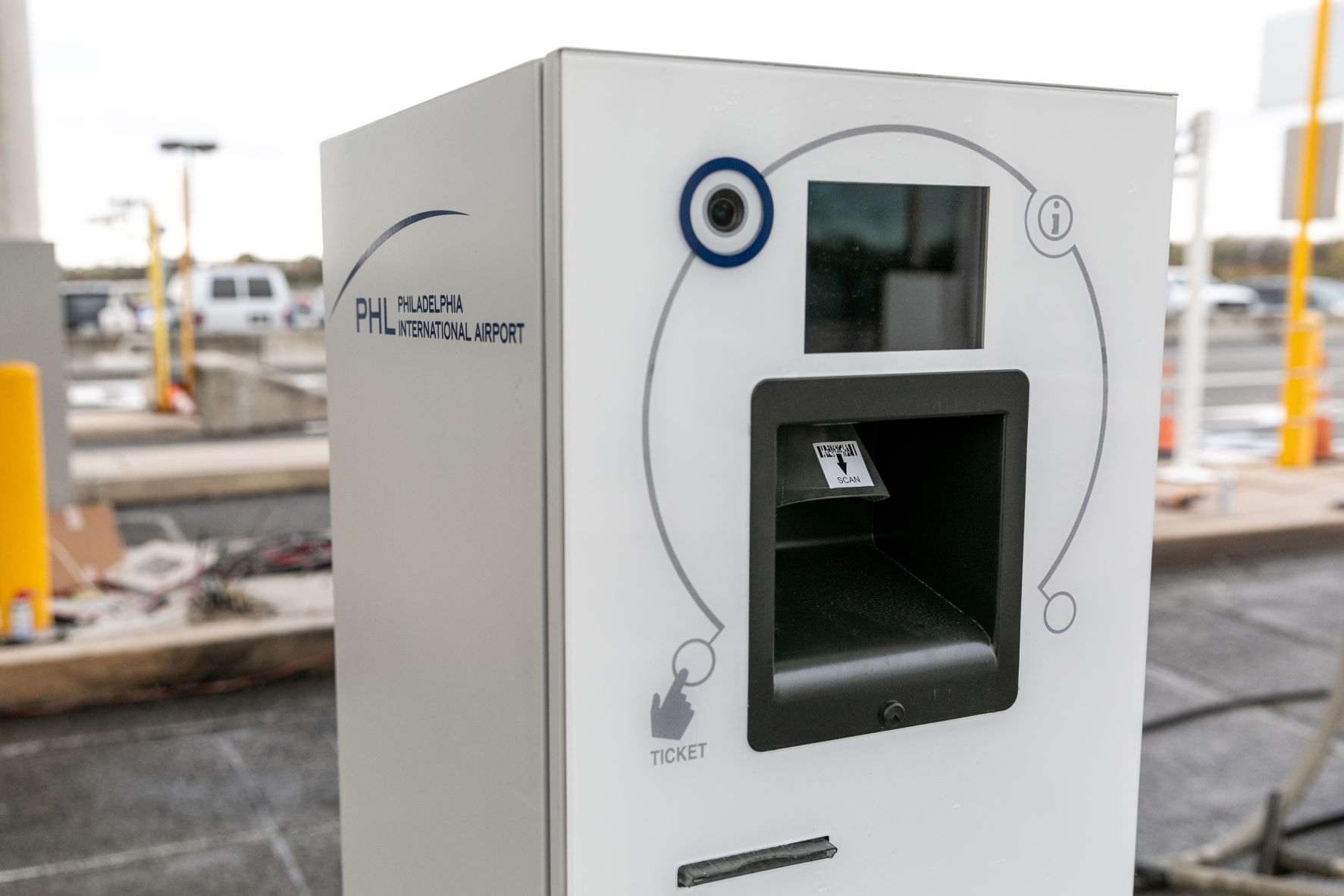 With PARCS, exit lanes will have overhead signs showing which lanes are for credit card payments and which lanes are for cash payments. Customers paying with credit cards will exit using the designated credit card self-payment lanes. At exit, they will scan the QR code on their parking tickets and complete payment by taping or inserting their credit card.  They can also pay using Apple Pay or Google Pay on their phones or watches. Passengers paying by cash will use the designated cash lanes and complete their transactions with the assistance of cashiers in the booth.

“The new system is a foundational step for PHL future parking program enhancements, including advanced reservations. Our new system will offer guests a faster, more streamlined process for exiting the parking facility,” said Kate Sullivan, PHL Deputy Director of Strategic Partnerships. “Our PARCS combines equipment and software that facilitate parking in our parking garages and lots, including ticket machines, gate arms and payment machines. We are very excited about the potential PARCS has for PHL and its passengers.”

Customers parking in PHL’s economy lot before the PARCS system was implemented on November 15, were issued pink tickets upon entrance. Those tickets will only be accepted at the designated cashiers’ booths when exiting after November 15.  All economy lot customers now receive white tickets with QR codes when entering.

Over the past several months, crews have been working to install the software infrastructure and PARCS equipment in PHL’s economy lot and parking garages. PARCS will be implemented in PHL’s parking garages in early 2023.

The system was developed and installed by Orbility, an international company that has installed parking systems for organizations around the world, including airports. Orbility installed its Codex system at PHL.

For more information on parking at PHL, click here.