Soekarno-Hatta International Airport is currently operating with three runways, namely Runway 1 which is located in the South and Runway 2 and Runway 3 in the North. 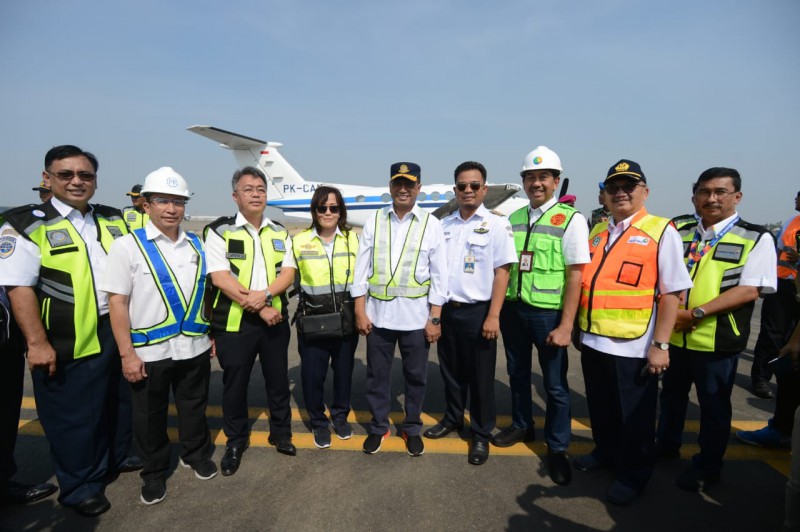 Runway 3 has been fully operated with a dimension of 3,000 x 60 meters, which aims to facilitate traffic and increase flight capacity, of course by prioritizing safety principles and abiding by regulations.

With regard to reviews from previous public policy and consumer protection observers, basically this runway 3 has been planned for a long time and has gone through stages of discussion and coordination with all stakeholders as well as through the studies specified in the master plan and obtaining regulatory approval. Until now, the number of flights that have been served on Runway 3 alone has reached 864 flight movements since it was fully operational from December 20, 2019 to January 6, 2020, with details of 587 domestic flight movements and 277 international flight movements.

“Runway 3 will not be successful if the stakeholders do not coordinate closely and support each other, we are very grateful to AirNav Indonesia, the airlines, and the public for their support for Soekarno-Hatta Airport“.

“The operation of Runway 3 clearly makes Soekarno-Hatta Airport have more space on the air side so that it can be more effective in serving aircraft take off and landing. This is quite felt where during the peak season of the Christmas and New Year holidays last year, Soekarno-Hatta could smoothly serve flights that were busier than normal conditions, “said Yado Yarismano.

“Flight safety is increasing because Soekarno-Hatta clearly has more space on the air side. Efficiency also increases with decreasing number of aircraft queues on the taxiway and in the airborne [airborne holding]. The taxi distance from the apron to the runway or vice versa is also closer and more varied. ”

Related to the aviation safety aspect. Previously, Director General of Civil Aviation at the Ministry of Transportation Polana B. Pramesti ensured that Runway 3 operations could be operated in accordance with aviation safety and security standards.

“From the start, Runway 3 was built with the concept of runway dependent, by fulfilling the safety aspects needed in accordance with ICAO compliances, with a strategy of handling air traffic systems in a segregated manner,” explained Polana.

With the development phase carried out by PT Angkasa Pura II and AirNav Indonesia, flight capacity in Soekarno-Hatta is targeted to increase to 114 flight movements per hour.