Charlotte Douglas International Airport has entered a pivotal phase of Destination CLT today with the groundbreaking of the 366,000-square-foot Terminal Lobby Expansion.

The $600 million signature project is slated to transform the current terminal lobby by adding 175,000 square feet and renovating another 191,000 square feet. It is the biggest construction project in the Airport’s history.

As part of Destination CLT, a $2.5 to $3.1 billion capital investment program to meet passenger growth through 2035, the Terminal Lobby Expansion will provide additional circulation space on the Arrivals/Baggage Claim and Departures/Ticketing levels.

“The Airport has been preparing for years to begin construction of the Terminal Lobby Expansion,” said Aviation Director/CEO Brent Cagle. “We began in 2013 with the removal of the original Hourly Decks to build the new roadway and make room for the expansion. Now that we’ve broken ground, we’re excited to start a project that will go above and beyond modernizing the terminal.”

Outside, a 146,000-square-foot exterior canopy will cover the Elevated Roadway and Terminal Curb Front to shield passengers from inclement weather.

Two pedestrian overhead walkways and two subterranean walkways will connect the Hourly Deck to the terminal that will allow CLT visitors to bypass upper and lower level Airport roadway traffic.

In 2021, the Queen Charlotte statue will take center stage inside, but will be enclosed in a box until the Terminal Lobby Expansion is complete. The statue will have a commanding presence in both Baggage Claim and Ticketing once unveiled.

“Our passengers will be very pleased with the outcome,” Cagle said. “We’re taking a 37-year-old building and converting it into a state-of-the-art facility that offers the latest amenities, stunning artwork, new concessions and nearly doubles the space in Ticketing and Baggage Claim.”

CLT’s Terminal Lobby Expansion will help address the rapid growth at Charlotte Douglas. When the terminal opened in 1982, it served 2.8 million passengers. Last year, the Airport welcomed 12.5 million originating passengers (those who began and ended their travels at CLT). That’s in addition to the more than 33 million connecting passengers for a total of more than 46 million customers in 2018, an all-time high. This year, CLT is on pace to break that record.

In addition to expanding the terminal, the project will bring an economic impact to the local community through hundreds of construction jobs and purchasing of goods, materials and services.

The Terminal Lobby Expansion will take five and a half to six years to complete. During construction, CLT will strive to minimize passenger impacts. Some entrance/exit doors will be closed while the project is underway and construction walls will be installed in some areas. Originating passengers will be asked to closely follow signage for wayfinding directions in Ticketing and Baggage Claim.

“It will require patience from many of our passengers who travel through CLT on a regular basis,” Cagle said. “But the Airport is pulling out all the stops to create a welcoming, innovative environment at the front door of the terminal that will elevate the customer experience for decades to come.”

Since 2015, Charlotte Douglas has been hard at work finalizing several Destination CLT projects. The Airport debuted its nine-gate, 229,807-square foot Concourse A Expansion in 2018. This year, CLT completed Concourse B renovations, East Terminal Expansion – The Plaza and the Airport’s upper and lower roadways. 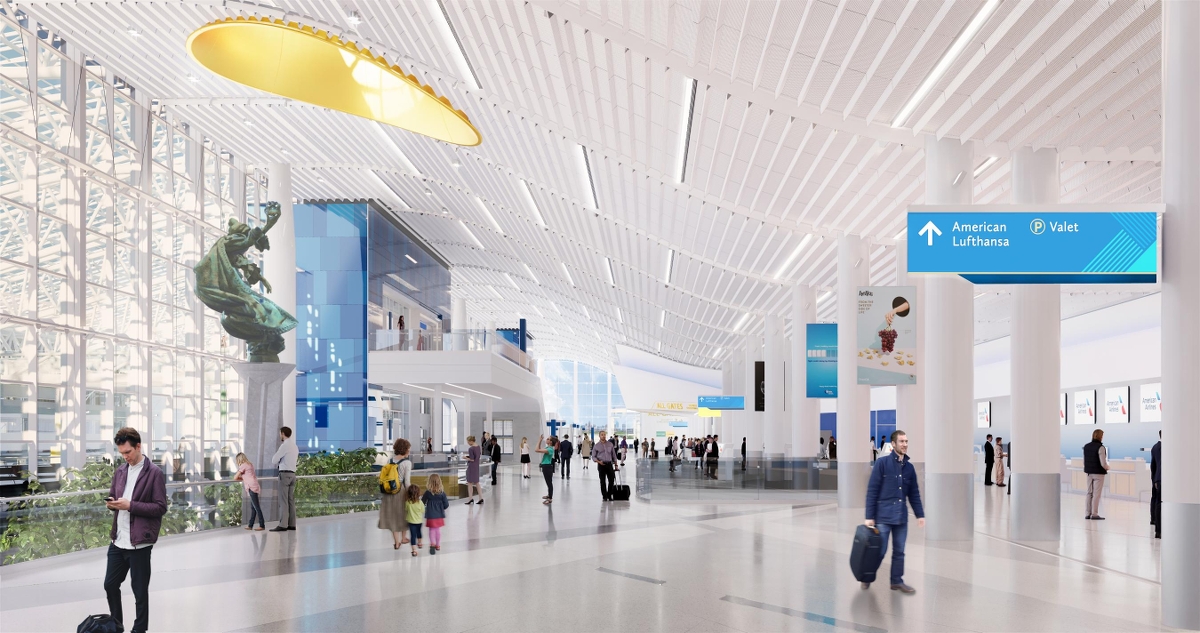