Harry Reid International Airport is an international airport in Paradise, Nevada and is the main airport for public and military use in the Las Vegas Valley, a metropolitan area in the U.S. state of Nevada, about 5 miles (8.0 km) south of Downtown Las Vegas. The airport is owned by Clark County and operated by the Clark County Department of Aviation. The airport is named after U.S. Senator Harry Reid, who represented Nevada in the Senate from 1987 to 2017. LAS covers 2,800 acres (11.3 km2) of land.

The airport was built in 1942 and opened to airline flights in 1948. It has expanded since then and has employed various innovative technologies, such as common-use facilities. The airport has four runways and two passenger terminals. East of the passenger terminals is the Marnell Air Cargo Center, and on the west side of the airport are fixed-base operators and helicopter companies.

The airport has nonstop flights to cities in North America, Europe, and Asia. It is an operating base for Allegiant Air and a crew and maintenance base for Frontier Airlines, Southwest Airlines, and Spirit Airlines. 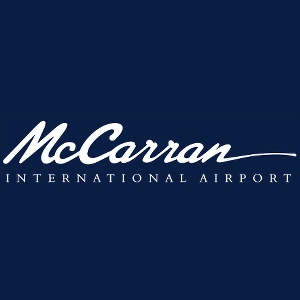